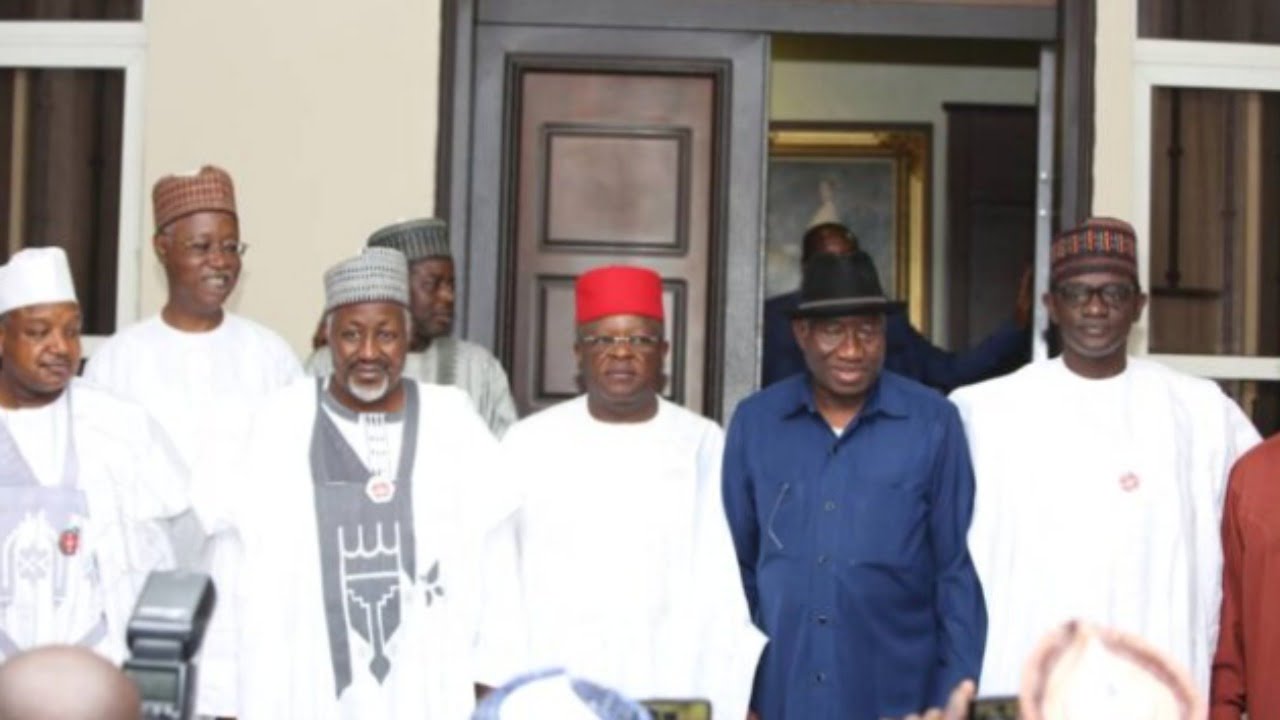 Some governors of the All Progressives Congress, APC, and chieftains of the party have visited former President, Goodluck Jonathan, as pressure continues to mount on him to contest the 2023 election.

They visited Jonathan at his Abuja residence to felicitate with him on his 63rd birthday anniversary.

Also an ex-President of the Senate, who is a chieftain of the APC, Ken Nnamani, was on the visit.

It is, however, not clear if the APC chieftains had presented a Presidential proposal to Jonathan during the visit.

Jonathan, who served one term after completing the tenure of late President, Musa Yar’Adua was defeated by President Muhammadu Buhari in 2015.

However, there have been calls lately for Jonathan to run for his final tenure as president after Buhari in 2023.

Sat Nov 21 , 2020
Post Views: 118 The Ebonyi Governor, Chief David Umahi has sacked political appointees from Ohaukwu local government Area of the state. Umahi gave the order on Friday in a statement signed and issued to newsmen in Abakaliki by the Secretary to the State government, Mr Kenneth Ugbala, NAN reports. “In […]