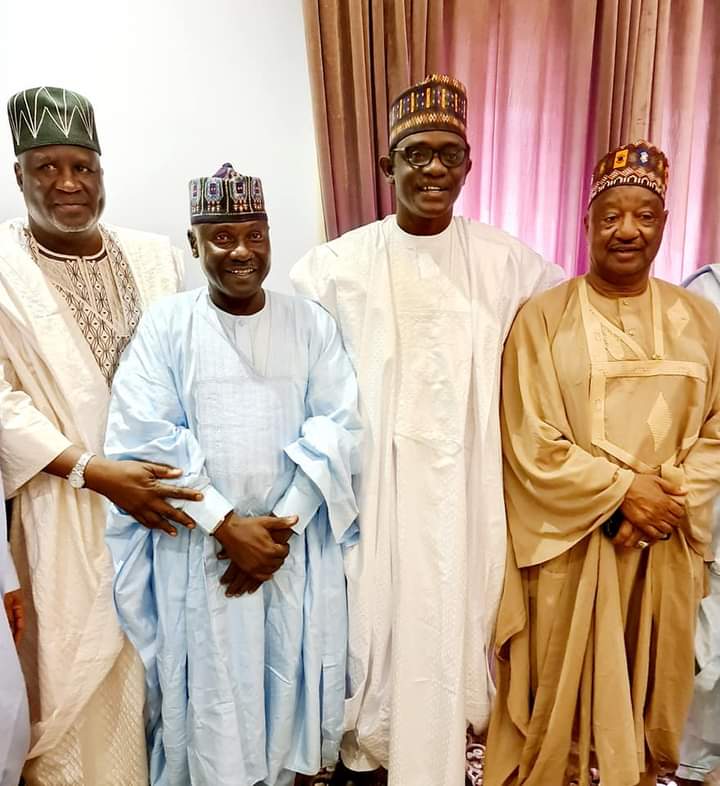 The All Progressives Congress, (APC), has made another ‘big catch’ in Yobe State as one of the renowned Peoples Democratic Party, (PDP) chieftains, Alhaji Maigari Maikwano, shifted his loyalty to the ruling party.

The defection of Maikwano to the ruling party is coming few days to the commencement of the APC membership registration and revalidation exercise.

Maikwano said he was attracted to the APC by the developmental strides and leadership style of Gov. Buni in Yobe State and at the party level.

He pledged to work for the success of the party at all levels.

Gov. Buni assured the new member that “from today, he enjoys equal rights and privileges enjoyed by every member of the party.”

Buni urged others to take advantage of the upcoming registration and revalidation exercise to join the party and be registered.

Political analysts in the state are of the view that, APC is gradually turning Yobe State into a one party state as the only PDP’s State House member recently defected to the ruling party.

They opined that PDP also lacks a formidable structure in the state to become a strong opposition party and that the development is a political fortune to APC in Yobe State.

Wed Dec 2 , 2020
Post Views: 59 The Christian Association of Nigeria (CAN) has described the warning by the Presidential Task Force (PTF) on COVID-19 against Christmas Carols to curb a second wave of the virus as insensitive. The Vice-Chairman (Northern region) of the umbrella Christian body, Rev. John Hayab, stated this on Wednesday. […]