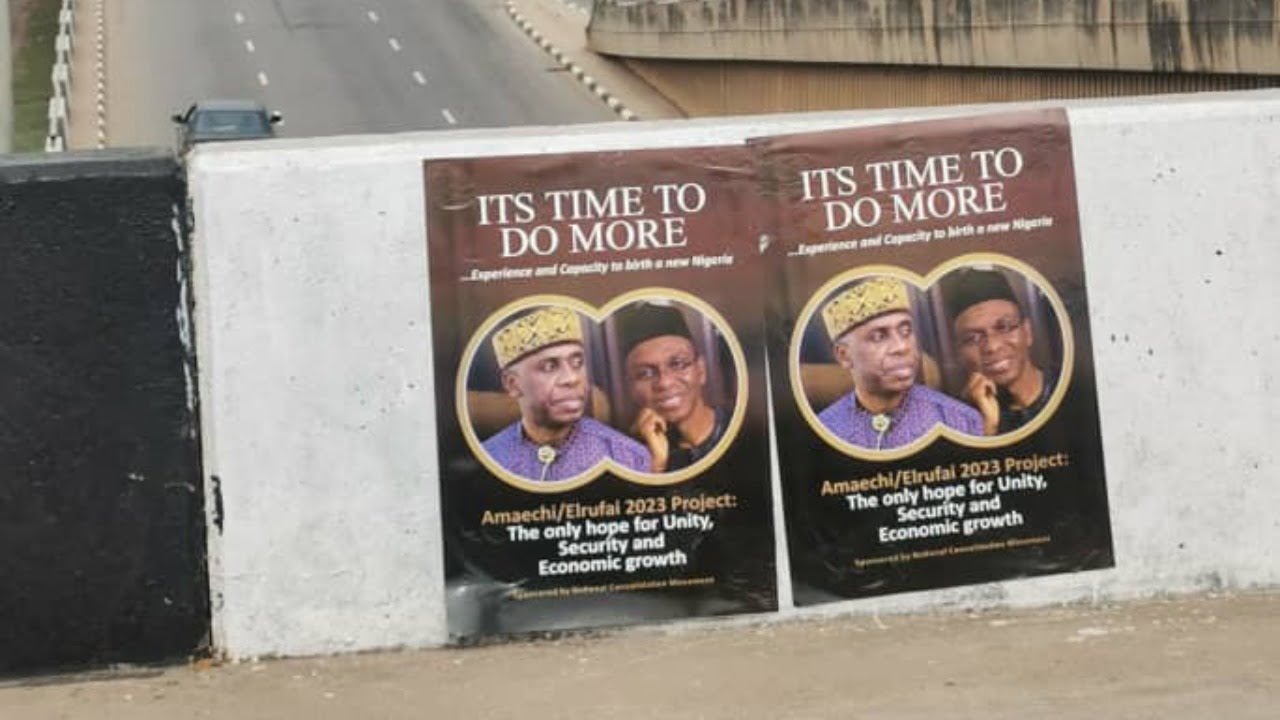 The All Progressives Congress, APC, on Wednesday reacted to the presidential campaign posters of Rotimi Amaechi, Minister of Transportation.

APC’s Deputy National Publicity Secretary, Yekini Nabena said both Amaechi and El-Rufai have not informed the party about their intentions to contest for presidency in 2023.

Messages on the posters read: “The People’s choice,” “Today may not be the best, but tomorrow will be better”.

The posters were sighted in front of the Ministry of Foreign Affairs and some highways in Abuja.

However, Nabena in a brief chat with DAILY POST said the party needs to find out those behind the campaign posters.

“We need to get those things clear because they have never told the party that they want to run for presidency, so I really don’t know. Until they inform the party, then I will know.”

Wed Nov 4 , 2020
Post Views: 29 Pelumi Onifade, a reporter with Gboah TV who went missing during the End SARS protest, is dead. His body was found at the mortuary of the General Hospital in Ikorodu. It has been established that Pelumi was taken by the Lagos State Task Force. Majority of the […]