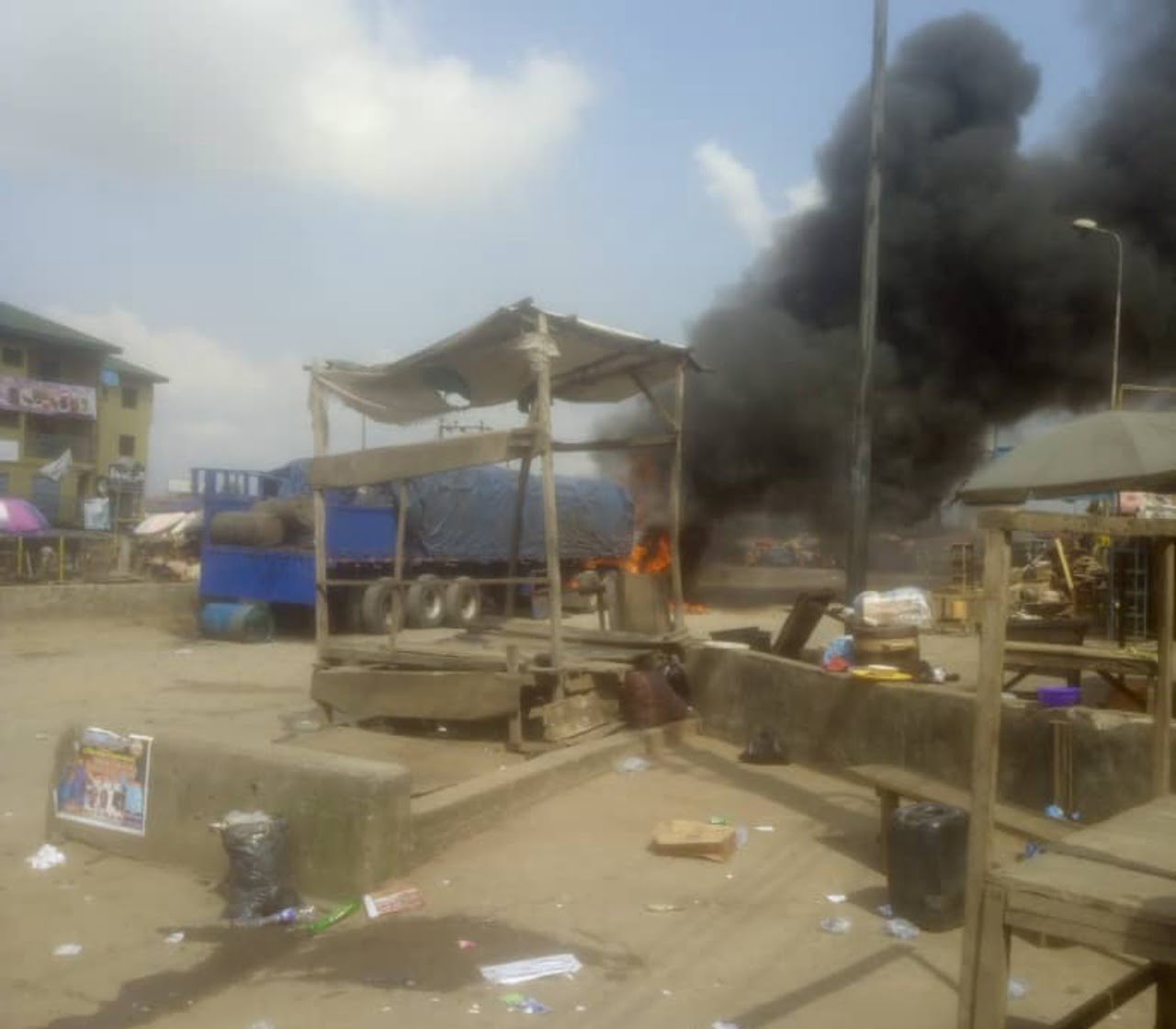 An irate mob has set ablaze a trailer belonging to Dangote Group, after the driver ran over, and killed an unknown barrow pusher at Upper Iweka area of Onitsha, Anambra State.

DAILY POST gathered that the incident which happened at about noon, saw the mob rush at the driver and beat him black and blue, but was rescued by some other well-meaning individuals who were said to have handed him over to the police.

The truck with registration number, Kano-KRY 294XA was, however not spared as the mob immediately set it ablaze after the driver was rescued.

The deceased barrow pusher who was not immediately identified has been deposited in an undisclosed morgue in Onitsha.

Attempts to seek confirmation from the director of public enlightenment, in the Anambra State Command of the Federal Road Safety Corps, Mr Kamal Musa was not successful as his phone line was unreachable.