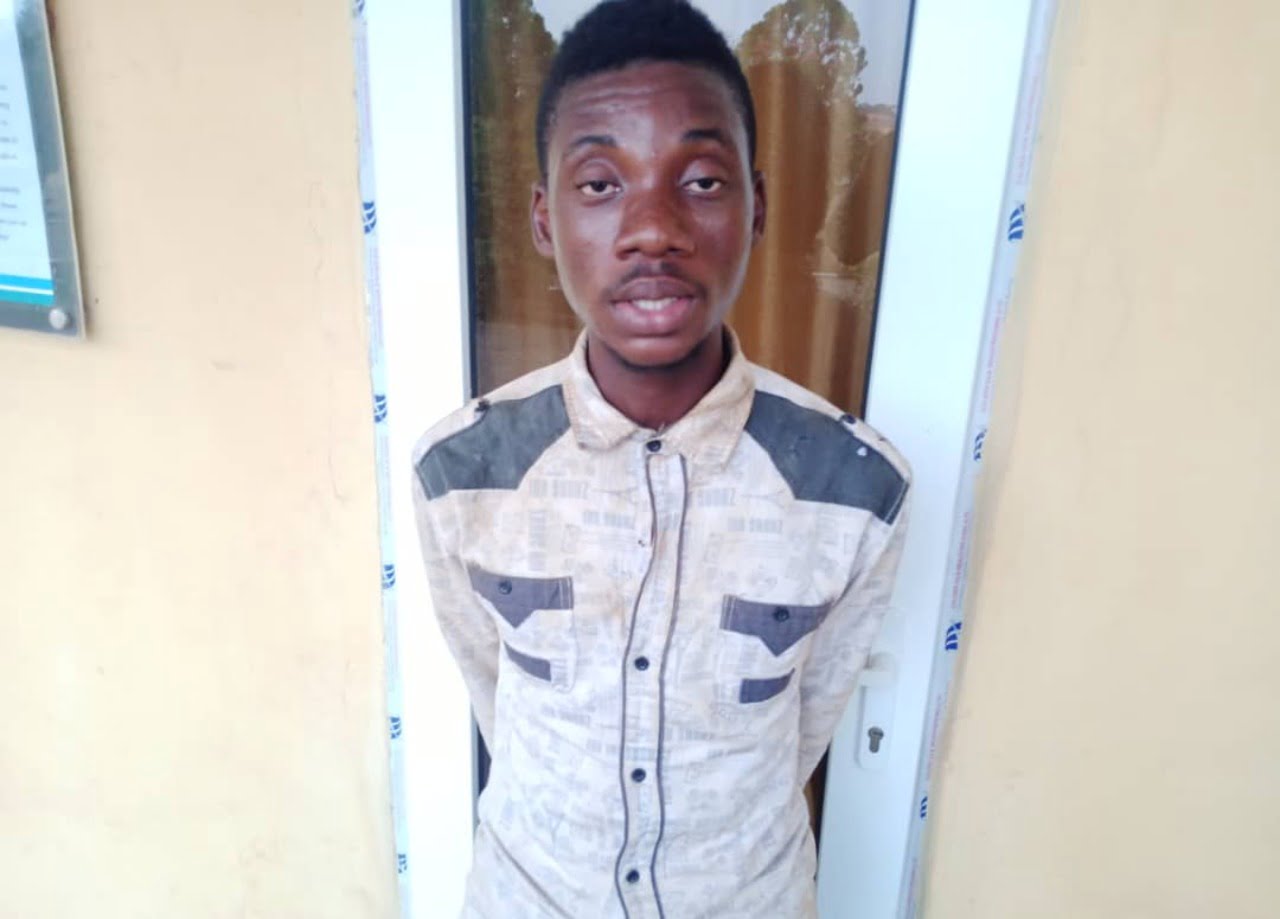 A 29-year-old teacher, Odugbesan Ayodele Samson, has told the police that it was the devil that pushed him to kidnap an eight-year-old pupil in Ogun State.

The teacher, DAILY POST reports, was arrested by men of the Ogun State Police Command for kidnapping his former pupil, who the police identified as Rasaq Akeeb on November 4, 2020.

Ogun police spokesman, Abimbola Oyeyemi, told DAILY POST on Wednesday that the teacher was arrested following a complaint lodged at Ajuwon divisional police headquarters by the mother of the victim, Fatimat Akeeb.

The mother had reported that her son went to school at Arifanla area of Akute in Ogun State, but did not return home till around 6pm that day.

She was reported to have told the police that she received a phone call from an unknown person, asking her to be ready to pay the sum of N200,000 if she wished to see her son alive.

“She stated further that the caller told her that the boy was brought to him by somebody and he will not release him until the said amount is paid,” it was learnt.

Upon the report, the DPO of Ajuwon division, SP Andrew Akinseye, had immediately directed his detectives to embark on a technical and intelligence based investigation, which Oyeyemi said led to the discovery of the suspect’s hideout.

“In order not to harm the victim, the suspect was lured out with part payment of his demanded ransom; he was subsequently apprehended and he took the police detectives to where he kept the victim and he was rescued unhurt.

“On interrogation, he confessed committing the crime but blamed it on the devil,” the PPRO stated.

The Ogun Commissioner of Police, Edward Ajogun, has ordered, therefore, that the case be transferred to the anti-kidnapping unit of the state CIID for further investigation and prosecution.

Ajogun appealed to parents to be mindful of their children’s movement to and from school in order not to make them an easy prey to those he described as wolves in sheep’s clothing.

Thu Nov 12 , 2020
Post Views: 11 Queen Anu, one of the wives of the Alaafin of Oyo, Oba Lamidi Adeyemi has said she is being threatened and constantly harassed by the monarch for walking out of the marriage. Queen Aanu raised the alarm on her Instagram page on Wednesday. She explained that she […]

‘DNA shows I’m not the father of my daughter, Mitchell’ – Duncan Mighty cries out

We are in trouble, Nigeria’s unity questionable – Goodluck Jonathan

Escape to Niger: Maina to remain in prison until end of trial