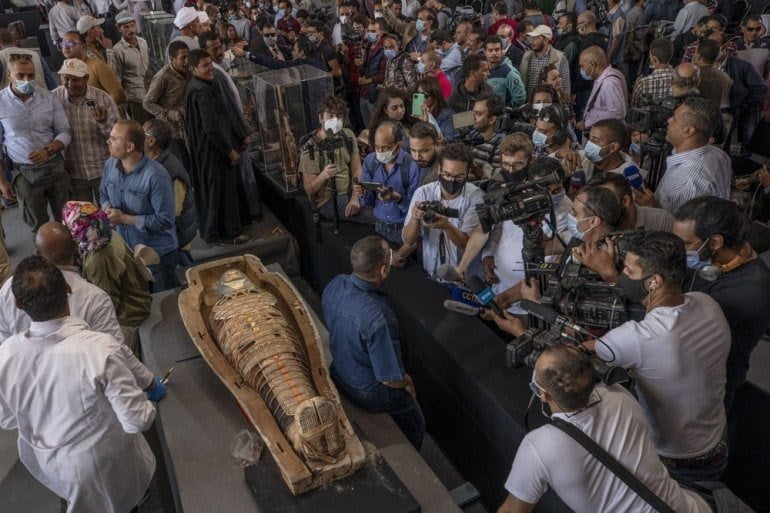 Egypt has unearthed scores of coffins at a major necropolis near Cairo, the capital.

Also found in Saqqara, close to the pyramid of King Djoser, were statues in three shafts

The government said coffins have been closed for more than 2,500 years.

“Saqqara has shown only one per cent of what it has. If we continue our excavations, various human and animal tombs are expected to be found in it. It’s a very rich area,” al-Anani told the media.

The minister said the artefacts date back to ancient Egypt’s Late Period and the Ptolemaic era.

He disclosed that the collection will be put on show at the country’s main art galleries, including the Grand Egyptian Museum being built next to the Giza pyramids.

Sat Nov 14 , 2020
Post Views: 113 Enugu State Commissioner for Health, Dr Ikechukwu Obi, says about 15 per cent of people bitten by mosquitoes are bound to be infected with yellow fever. He spoke on Saturday during the fumigation and vaccination exercise against yellow fever in two affected communities. They are Ette-Uno and […]