The Socio-Economic Rights and Accountability Project (SERAP), has condemned the Northern Governors’ call for the censorship of social media.

DAILY POST had reported that the Governors made the call to “avoid the spread of fake news”.

According to them, the effect of uncontrolled social media is devastating.

The Governor also condemned the “subversive” actions of some End SARS protesters, adding that some people took advantage of the peaceful protest to push their “separative agenda”.

Reacting, SERAP in a tweet via its Twitter account on Tuesday said the call to clamp down on social media by the Northern Governors was both unconstitutional and antithetical to international humans rights obligations.

“We condemn the call by the Nigerian Northern Governors’ Forum for a clampdown on social media.

“This is both unconstitutional and antithetical to Nigeria’s international human rights obligations. 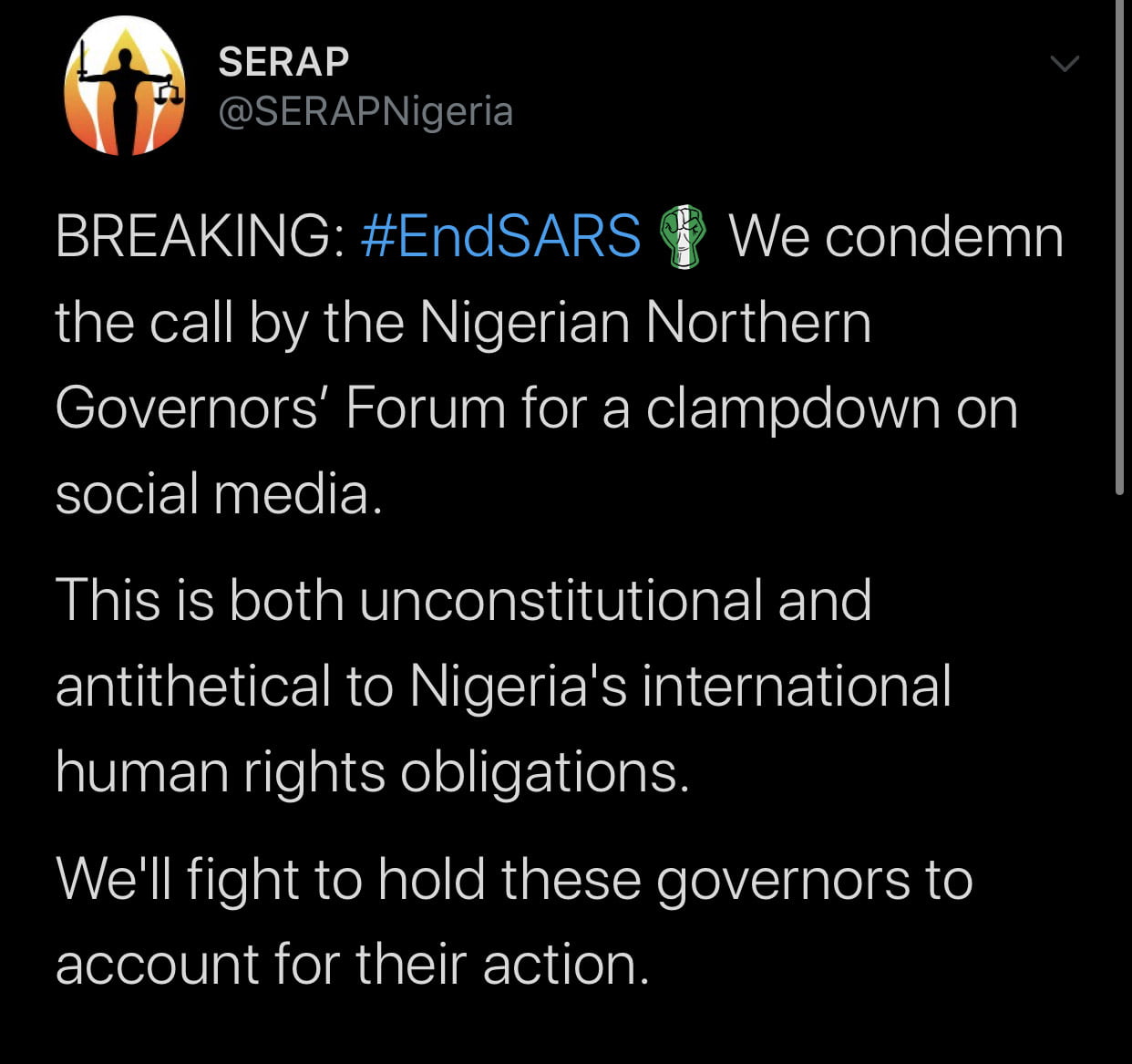 Tue Nov 3 , 2020
Post Views: 100 The World Health Organisation (WHO) Regional Office for Africa on Tuesday confirmed that there are over 43,000 COVID-19 deaths in Africa. The UN health agency gave the update on its regional official Twitter account @WHOAFRO. It confirmed that the number of deaths increased to 43,000 as at […]