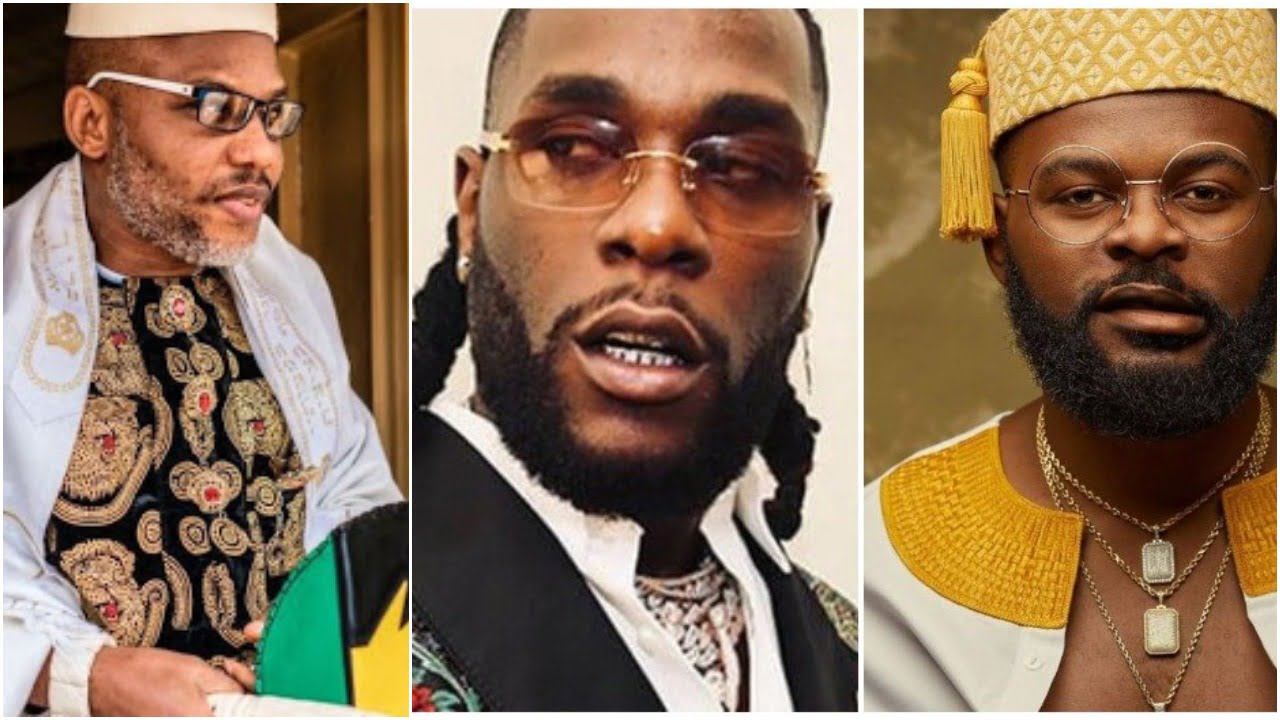 Following the End SARS protests in Nigeria, the Global Amnesty Watch, GAW, and some right groups have alleged that some celebrities attempted to create anarchy using fake news.

In a memorandum sent to the Lagos State Judicial Panel of Inquiry and Restitution with pieces of evidence, GAW named popular singer Falz, DJ Switch, Feminist Coalition, Burna Boy, Twitter founder Jack Dorsey and Nnamdi Kanu of being responsible for purveying fake news aimed at causing anarchy in the country.

The right groups called for the punishment of those named in misinforming Nigerians that led to a “near-breakdown of law and order” that accompanied the EndSARS protests, particularly in Lagos State.

“The EndSARS protest across the country is assumed in many quarters to be without a leadership structure. While this position has been canvassed in numerous quarters, however, there seems to be a link with regards to the provision of logistic support to the protesters across the country. It is instructive to state that the EndSARS protest was funded from a well-concealed network that raised over N75 Million from donations from individuals in Nigerian and outside the shores of the country through a group called The Feminist Coalition,” the memorandum reads in part.

They also absolved the military of “any wrongdoing at Lekki toll gate, Lagos or anywhere in the country.”

Wed Nov 4 , 2020
Post Views: 21 As part of its efforts to address Sexual and Gender-Based Violence (SGBV) in Nigeria, leading financial institution, Access Bank Plc has partnered with award-winning film producer and director, Kunle Afolayan, on his new movie ‘Citation’. In recent years, conversations around gender equality and violence against women have […]