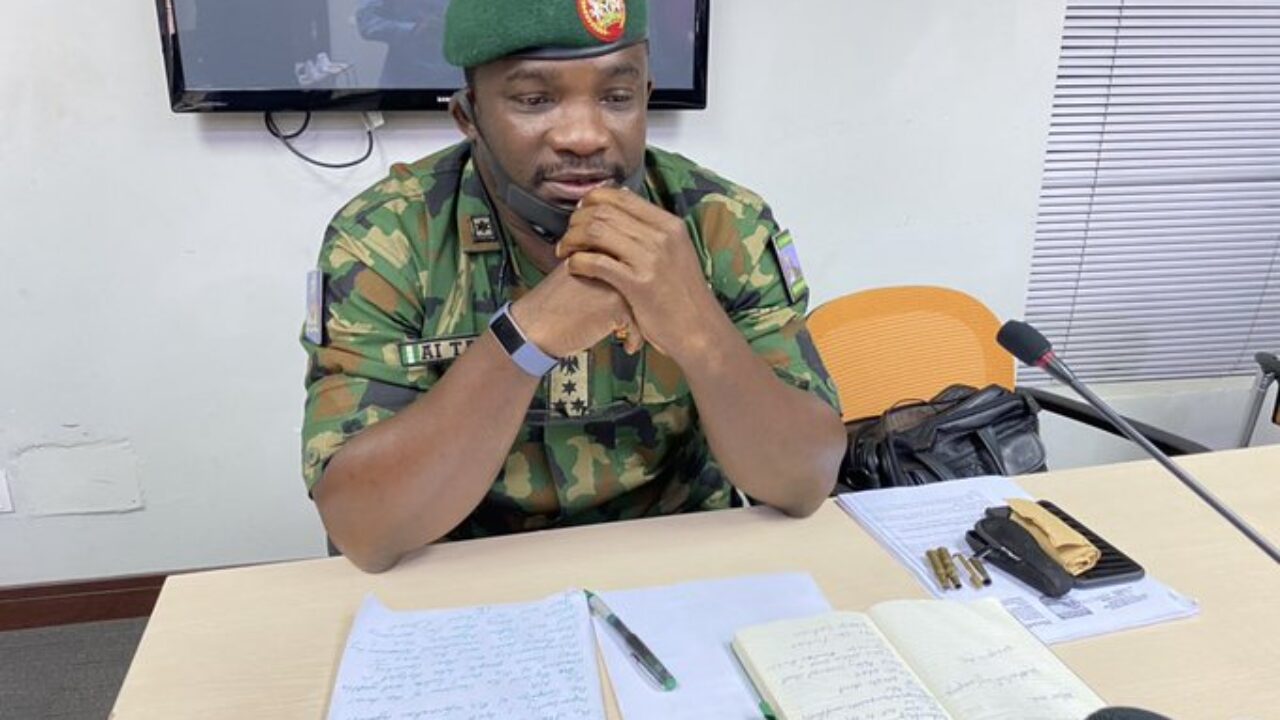 Brigadier General, Ahmed Ibrahim Taiwo, the Commander 81 Division Nigeria Army, has said that troops were deployed throughout Lagos State on October 20 during the End SARS protests.

Taiwo explained that the action was taken to further check the violence and bloodshed that gas erupted.

His comment was an apparent response to speculations that soldiers only marched to the Lekki toll plaza.

He testified under oath on Saturday before the Lagos Judicial Panel.

The General said worldwide, it is custom that the Army intervenes when a situation overcomes the police and paramilitary services.

He noted that the occurrences that took place from October 18 were nothing short of lawlessness.

“Due to the urgency of the situation, it is no wonder the Governor (Babajide Sanwo-Olu) declared a 24-hour curfew which was supposed to start by 4 o’clock. Analyzing that further, it shows the situation was so dire and they (Lagos) wanted everyone off the street. After some observation, this timing was shifted to 9pm.

READ ALSO  Edo: I will reach out to Oshiomhole if he has anything to contribute – Gov Obaseki

“However, these timings were not communicated to the Nigerian Army. Be that as it may, the Nigerian Army deployed immediately (after Lagos invitation) to forestall further violence and loss of lives. Contrary to what is out there, it was done throughout Lagos State upon receipt of Stage 4 of IS Security.

“Phase 4 is the immediate deployment of soldiers outside the barracks to intervene. To show how dire the situation was, the fire alarm beagle was sounded. When this is done, you report immediately to the parade ground. Troops were deployed from Badagry, Ikrodu, Epe, Apapa, Ikeja, Alimosho and Lagos Island to restore order.”

Taiwo stressed that it is inexcusable for the Army to stand aside and watch the situation deteriorate.

He insisted that lethal force was not used and that the rules of engagement for internal security were strictly followed.

The General said protesters pelted soldiers with stones and bottles, but that they fired blank bullets in the air to disperse them.