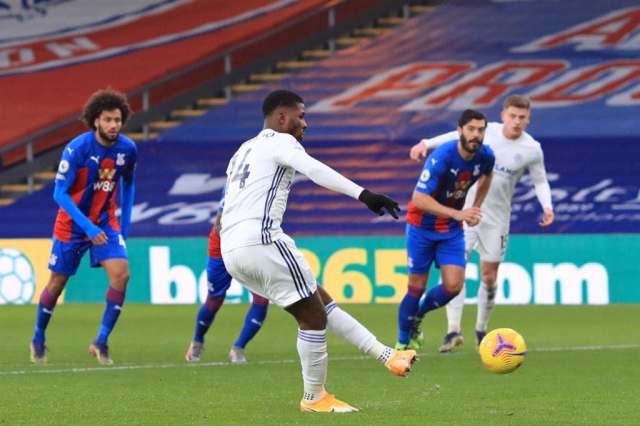 Iheanacho missed a glorious opportunity to add to his tally this season at Selhurst Park as second-half goals from Wilfried Zaha, and Harvey Barnes ensured both Leicester and Palace got a point each.

The Nigerian international was handed his second league start of the campaign against Roy Hodgson’s side but missed an opportunity to give the Foxes the lead.

Leicester were awarded a penalty in the 19th minute during the match after James Tomkins brought down Luke Thomas in the box.

Iheanacho was given the opportunity to take the spot-kick, but the former Manchester City star missed the glorious chance, failing to fire his effort past goalkeeper, Vicente Guaita.

The 24-year-old played for 72 minutes before he was replaced by Demarai Gray.

Iheanacho’s compatriot, Wilfred Ndidi, was did not play the match.

The result means Leicester still maintain the second position on the Premier League table with 29 points from 16 matches.

Mon Dec 28 , 2020
Post Views: 30 President of the Senate, Ahmad Lawan, on Monday, commiserated with victims of a fire outbreak that occurred at Potiskum Market, Yobe State. DAILY POST had earlier reported that the fire which broke out in the early hours of Monday razed over 20 shops at Potiskum Market. Lawan, […]