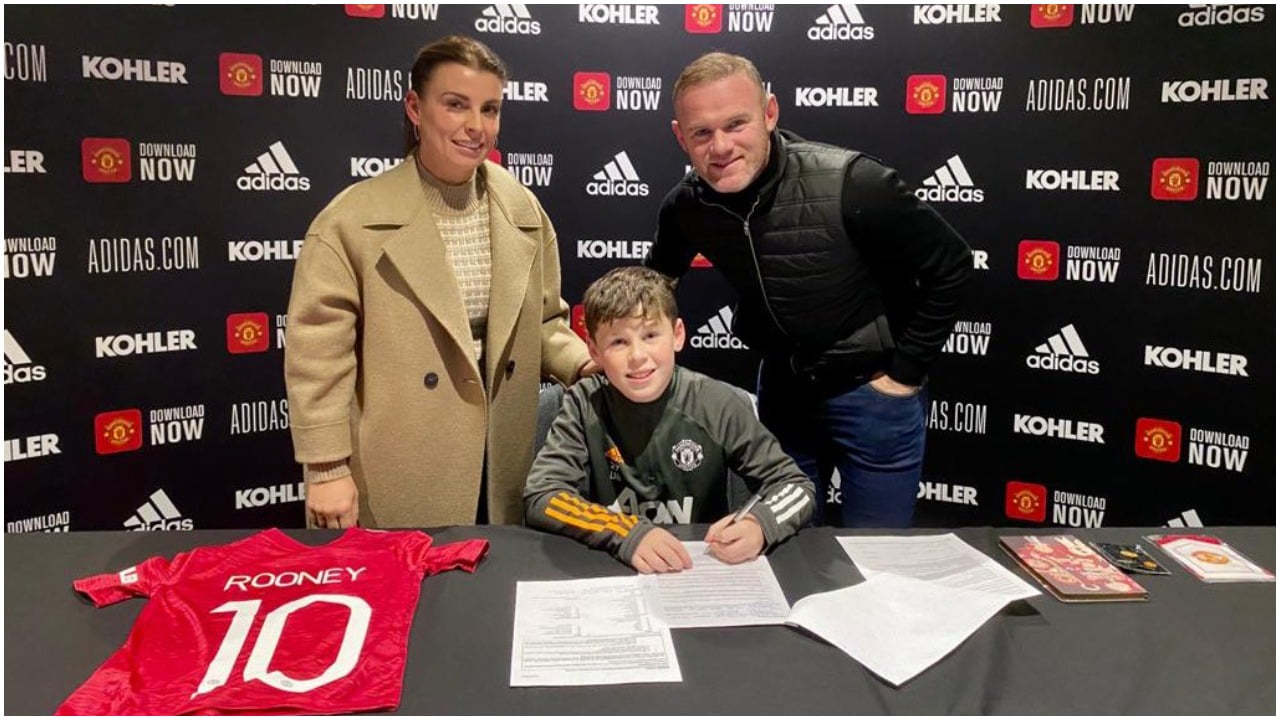 Kai, son of England legend, Wayne Rooney has signed for Manchester United at the age of just 11.

Rooney, who shared the news on Twitter, was proud to see his son make an important first step towards becoming a footballer.

Rooney spent 13 years at Old Trafford, playing over 500 games to establish himself as a Manchester United legend.

Rooney’s 253 goal tally saw him become the club’s all-time top scorer, while he won 16 trophies in Manchester, including five Premier League titles and the Champions League.

The former England striker posted an image of himself standing over the 11-year-old as he signed the deal.

His wife, Coleen was also present during the signing of the deal with Kai giving the famous old number 10 shirt his father wore during his days at the club.

Rooney, who is now a player-coach at Derby County, wrote, “Proud day. Kai signing for Man Utd. Keep up the hard work son.”

The 11-year-old is Wayne and Coleen’s firstborn son.