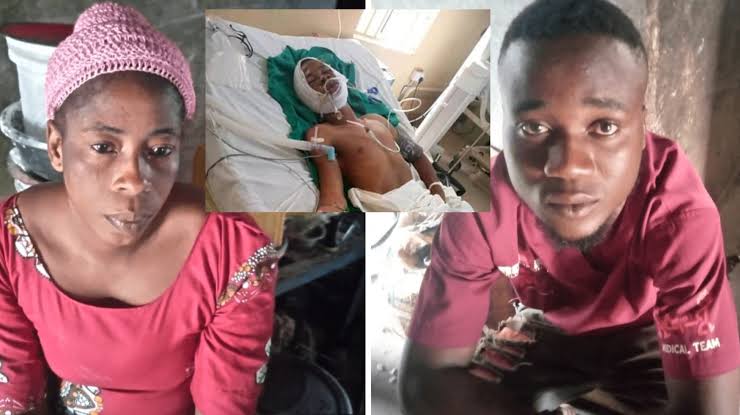 The family of Ayomide Taiwo, a 20-year-old fashion designer who was allegedly hit with the butt of the gun by a police officer has cried out for help over being unable to pay mortuary bill that has now led to the refusal of the mortuary to release the body since August.

The deceased brother, Adebayo Popoola begged for the assistance of members of the public to recover the body of his brother from the mortuary.

Recall that DAILY POST had reported that the dismissed officer hit Ayomide Taiwo with the butt of his gun over N50 bribe on Tuesday, August 4, 2020.

Ayomide, after six days in coma, gave up the ghost at 08:30 am on Sunday, August 9 at the Ladoke Akintola Teaching Hospital (LAUTECH), Osogbo, where he was receiving treatment.

DAILY POST reports that the Nigeria Police Force dismissed Ago over the said alleged crime.

His mother, Yemisi Taiwo said she sold their farms and even borrowed money in their futile fight to save Taiwo’s life and they have nothing left to pay the mortuary in order to bury the deceased.

Meanwhile, after the death of Ayomide in LAUTECH, the family was given the bill of N79,000 to pay the hospital to claim the corpse.

“Unfortunately, the money I had alongside my mum that day was just N11,000. Mother sold her farm and even borrowed money in the cause to save my brother’s life.

“My mother has been on the sick bed since the incident and all what she wanted was to have her son buried,” Popoola told DAILY POST.

Sun Nov 22 , 2020
Post Views: 51 American R&B singer, Jeremih has been moved out of ICU and taken off ventilator amid his coronavirus recovery. DAILY POST had reported that the rapper was moved to an Intensive Care Unit and put on a ventilator, after contracting the deadly virus. However, his family in a […]