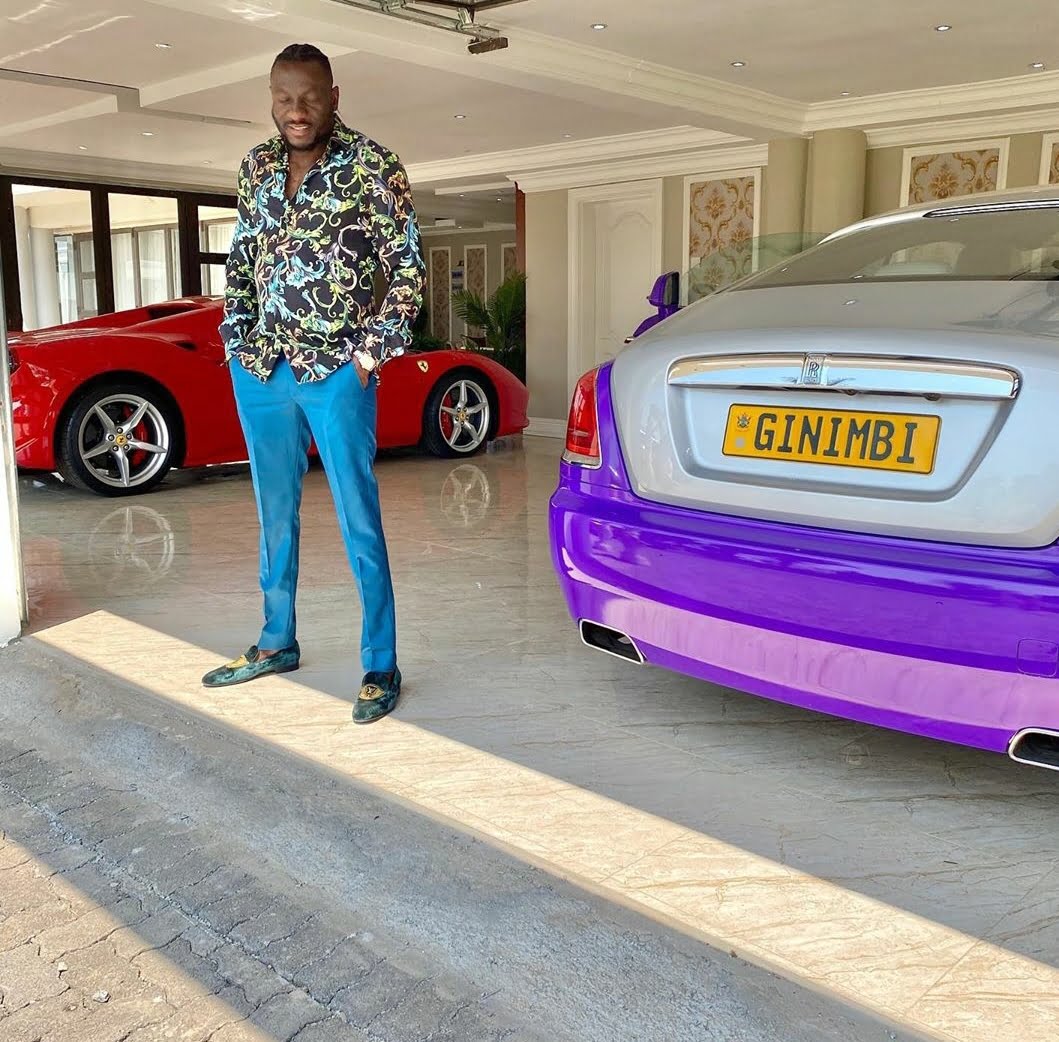 He died early Sunday morning in an accident along Borrowdale Road, in Harare.

The crash occurred along a curve just before Hatcliff suburb on the road to Domboshava.

“This is unbearable. A young man who worked hard and enjoyed hard is no more! The flower has wilted! Go well Boss Ginimbi”, said exiled former minister, Saviour Kasukuwere.

Ginimbi was reportedly speeding when the mishap happened.

The impact threw him out of the vehicle which later burst into flames.

Witnesses said two other passengers were “burnt beyond recognition”.

Ginimbi is the owner of Pioneer Gas and PIKO Group.

The deceased owned a mansion in the peri-urban settlement and a fleet of expensive cars including Rolls Royce, Ferrari, Lamborghini.

The businessman posted a video on his Instagram story as he was heading out to a birthday party.

“Yo my name is Ginimbi, it’s time to go out. It’s gonna be going down, we are going to dreams in the next few minutes.

“It’s gonna be going down. We are going to pop champagne, it’s gonna be champagne showers…tonight, see you there.”

“Driving Rolls Royce wraith”, Ginimbi added as he turned the music volume up.

The last Instagram story posted by Zimbabwean Millionaire #Ginimbi or before he was confirmed dead this morning. Life is short guys. MHSRIP. Cherish each day #Ginimbi #geniusallwhiteparty pic.twitter.com/c5gQz4aWw5

Sun Nov 8 , 2020
Post Views: 85 The Osun State Police Command has arrested two administrators of End SARS WhatsApp group in the state. According to sources, DAILY POST learnt that the police are still hunting for some individuals in the End SARS WhatsApp group. Recall that Nigeria youths last four weeks protested against […]