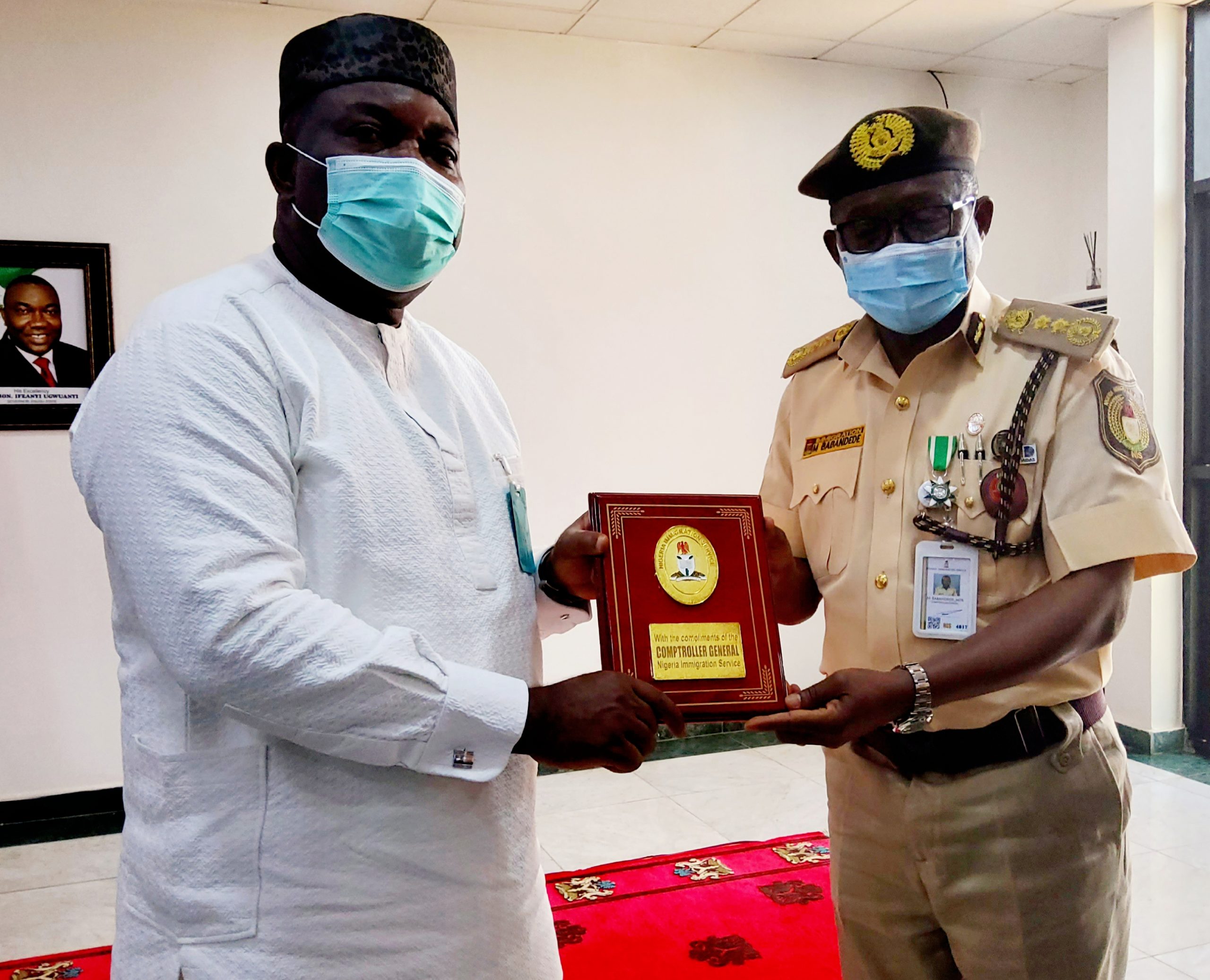 The Comptroller-General of Nigeria Immigration Service, Muhammad Babandede, has described Governor Ifeanyi Ugwuanyi of Enugu State as a “great man” and “an all-rounder” who has demonstrated enormous commitment towards the security of lives and property in the state.

Babandede, who spoke when he led his entourage to the Government House, Enugu, on Thursday, stressed that Gov. Ugwuanyi’s administration has been of great support to the Nigeria Immigration Service.

The Comptroller-General was in Enugu with his entourage to assess the degree of damage done to the newly constructed office of the Nigeria Immigration Service, Enugu State Command, during the hijacked EndSARS protests in the State.

Appreciating Gov. Ugwuanyi for his administration’s support towards the completion of the office project, which he said was billed for inauguration a day before the EndSARS destructions, Babandede disclosed that the state government “donated four transformers and vehicles to us”.

He pointed out that “the vehicles were not only donated to us but also to all the law enforcement agencies so that security of lives and property of the people is assured in Enugu State”, saying: ‘We commend you (Ugwuanyi) for that good job”.

The Immigration boss who maintained that “the people of Enugu State are peace loving” commiserated with the state government and families of victims of the hijacked EndSARS protests, both civilians and security agents, who lost their loved ones during the unfortunate incident.

Assuring that the Immigration office will be inaugurated, Babandede equally applauded Gov. Ugwuanyi for setting up an Administrative Panel of Inquiry to look into the loss of lives and destruction of private and public property during the protests, stating: “That shows that you care”.

Responding, Gov. Ugwuanyi regretted that the sad events of loss of lives and destruction of property by hoodlums during the EndSARS protests were in spite of the state government’s earlier constitution (by Executive Order) of Panel of inquiry on Police brutality and related extra-judicial killings.

While noting that the South East governors and other stakeholders had conducted extensive tour of affected facilities in the state to assess the level of damage, the governor said that they paid due attention to the Immigration office and “we were grateful to God for the minimal damage”.

Gov. Ugwuanyi expressed delight at the quality of service and advisory the state office of the Immigration service has continually availed the state and reiterated his administration’s willingness to partner the body in the discharge of its mandate which is key to robust internal security.

Thu Dec 3 , 2020
Post Views: 54 A former Liverpool and Real Madrid attacker, Michael Owen, has predicted Tottenham Hotspur to beat Arsenal when both sides clash in the Premier League derby on Sunday. Owen also backed Chelsea to defeat Leeds United in the Premier League on Saturday night at Old Trafford. According to […]