Popular singer, Justin Bieber has reacted to being nominated in ‘pop’ categories at the 2020 Grammys.

But, Bieber expressed dissatisfaction at the nomination category, stating that his album was set out to be R&B not Pop.

Bieber, however, expressed gratitude to the Grammys organisers for nominations and respecting his music.

His post added: “Please don’t mistake this as me being ungrateful, these are just my thoughts take em or leave em.” 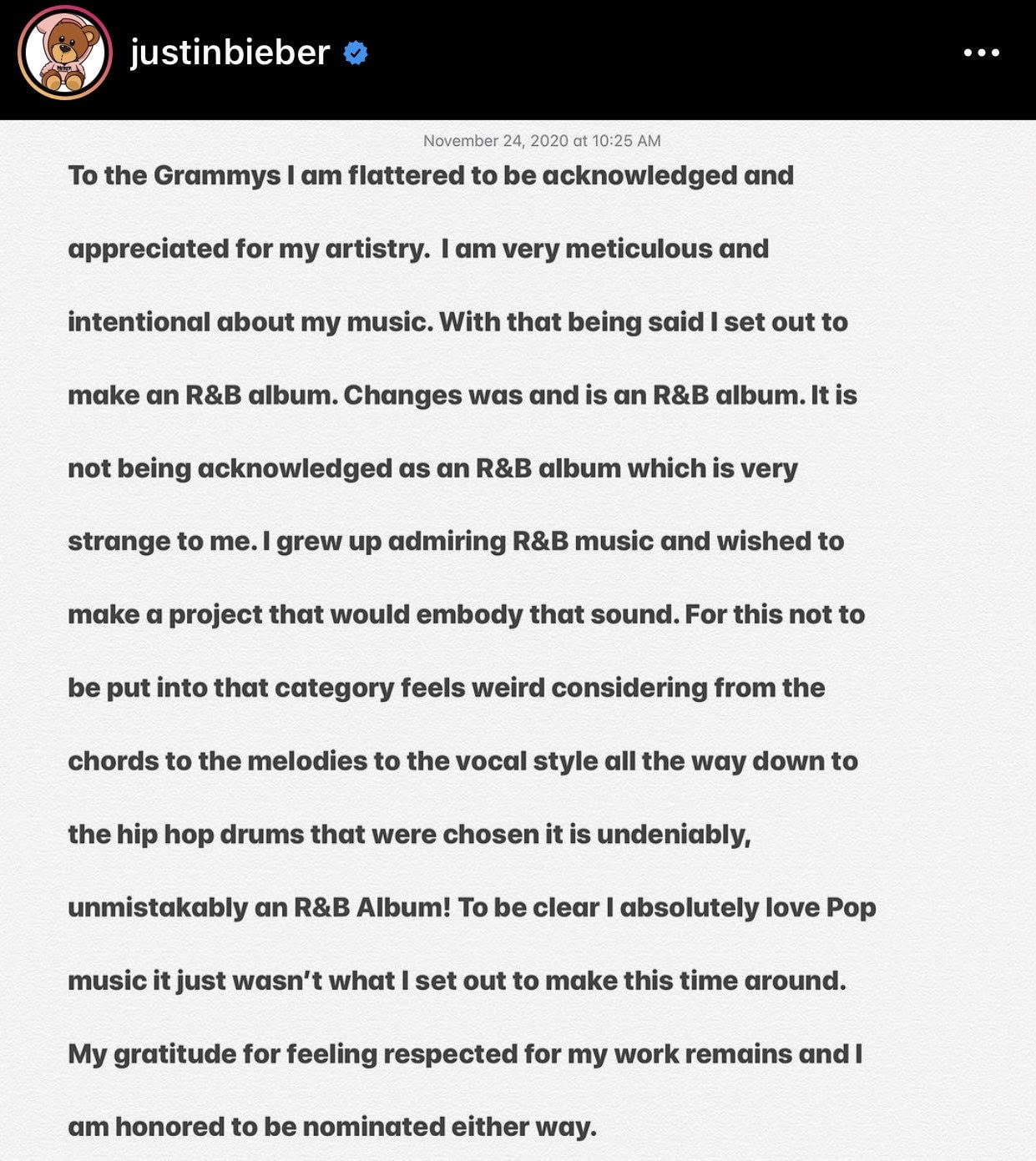