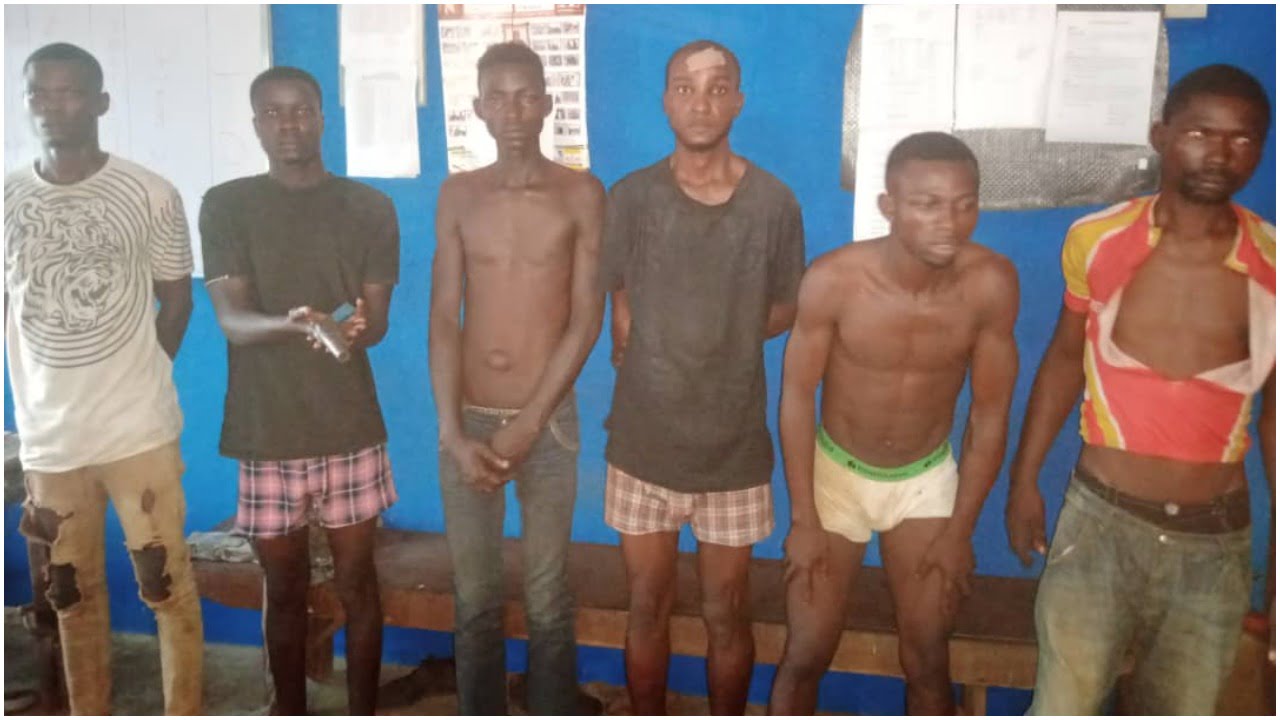 The Ogun State Police Command has revealed it arrested six suspected members of dreaded cult groups on November 27, 2020, in Odogbolu area of the state while they were fighting over the purchase of a locally made pistol.

“They were all apprehended when the four Ikorodu-based cultists came to meet the two Odogbolu suspects to foment trouble as a result of a gun transaction between the two groups.

“Investigations revealed that the Ikorodu based suspects contracted Samuel Olaniyan to purchase a locally made pistol for them, and when the gun was delivered, they discovered that the pistol was not serviceable; hence they came with full force to deal with the Odogbolu based cultists for betraying their trust,” Oyeyemi disclosed.

While the pandemonium was going on, it was learnt that a distress call was made to Odogbolu police division, consequent upon, the DPO, SP Awoniyi Adekunle quickly led his men to the scene where the six suspects were apprehended.

DAILY POST gathered that one locally-made pistol and two live cartridges were recovered from the suspects.

Meanwhile, the Ogun State Commissioner of Police, CP Edward A. Ajogun, has directed that the suspects and exhibits be transferred to the State Criminal Investigation and Intelligence Department for discreet investigation and to charge them to court on conclusion of the investigation.

Wed Dec 2 , 2020
Post Views: 29 Arsenal manager, Mikel Arteta, has said Thomas Partey will undergo another scan this week, as he faces a race against time to be fit for the North London derby on Sunday. Partey has been unavailable for the Gunners’ last two games due to a thigh injury he […]