It will be recalled that portions of both markets were gutted by fire over the Christmas holidays.

Bello, who was accompanied by the Executive Secretary of the FCDA, Engr Umar Gambo Jibrin and other senior members of staff of the FCTA commiserated with the traders on their loss.

This was made known in a statement released by his Chief Press Secretary, Anthony Ogunleye in Abuja. 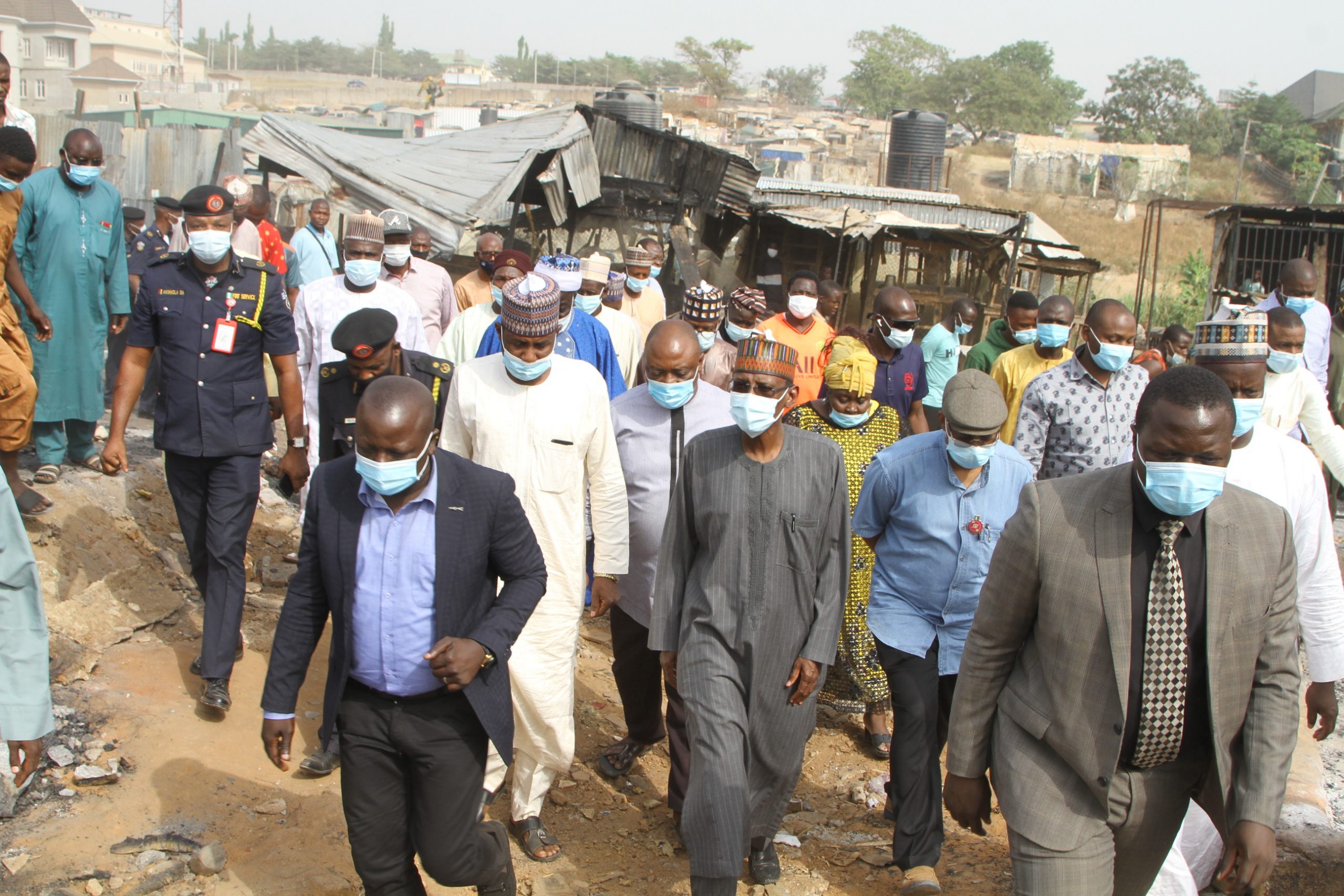 The statement read in part, “At the Yarkauwa makeshift market, Malam Bello said discussions would be held with the Federal Housing Authority over the incident.”

Speaking earlier, the Chairman of the Kado Fish Market Traders Association Alhaji Yusuf Muhammed said that the fire occurred when there were very few people around as the Christian traders were celebrating Christmas while the Muslims were observing the Jumaat prayers.