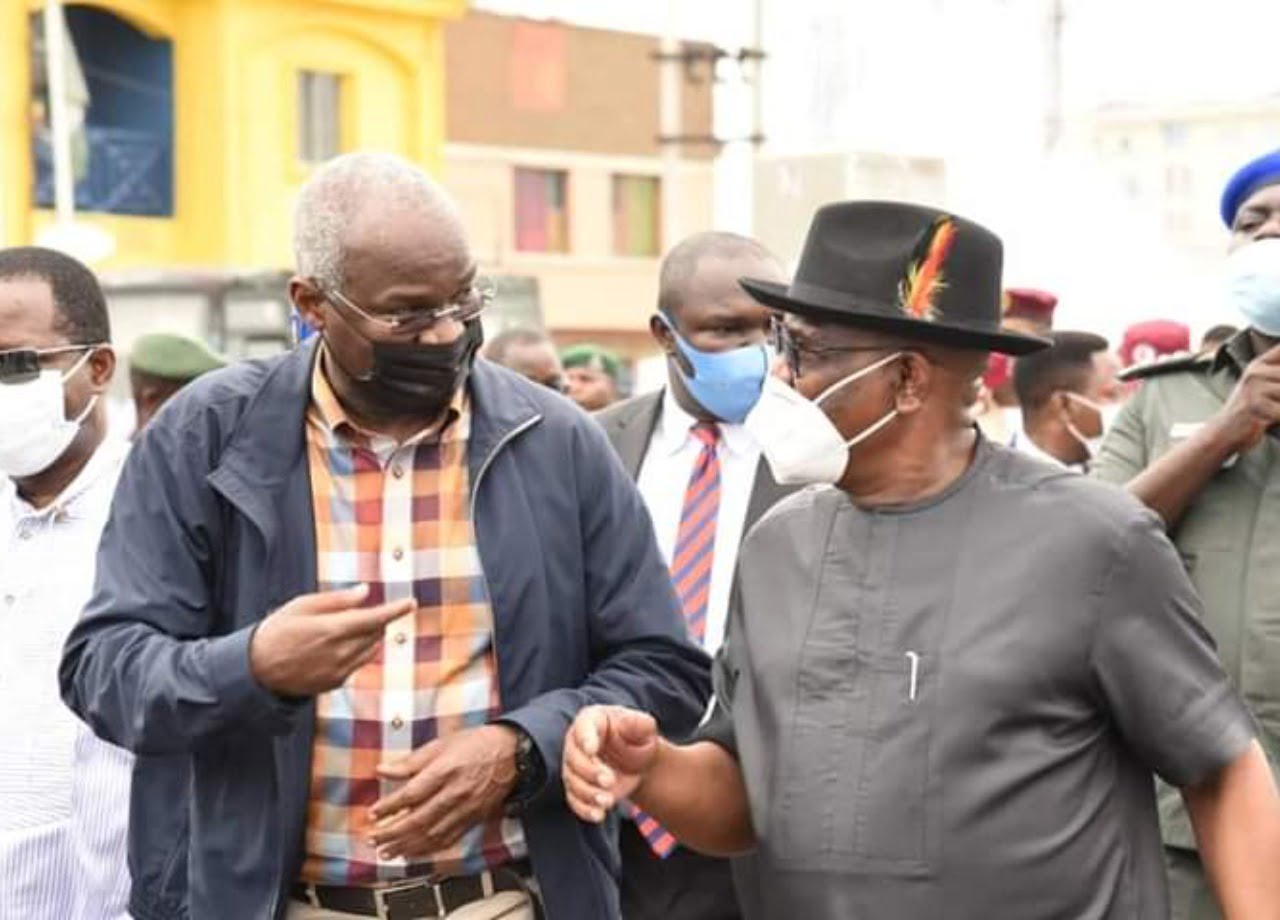 The Minister for Works and Housing, Babatunde Fashola (SAN), has clarified that his colleague, Rotimi Amaechi, the Minister of Transportation, lobbied for the refund of funds expended on federal projects by the Rivers State Government.

Fashola said this during the commissioning of the 969. 4 metres’ long Rebisi Dual Carriage Flyover Bridge at Garrison in Port Harcourt where he also commended the massive urban regeneration and renewal programme of the Rivers State Governor, Nyesom Wike.

The Rebisi Flyover Bridge in Port Harcourt is one of five flyover bridges that are under construction simultaneously in the state.

Speaking at the commissioning, Fashola disclosed that Amaechi played a huge role in the N75billion refund approved for President Muhammadu Buhari for the Wike-led administration.

“Some of you may have heard stories. Let me say it without favour that the person who championed the refund of monies spent on federal roads in Rivers State is Rotimi Amaechi my colleague in the cabinet and Honourable Minister of Transportation.

“In the second tranche, it was five states. Out of those five states, I think only two were APC states and it was a total of N148billiion and Governor Nyesom Wike and Rivers State got lion share. He got N78bilion. Don’t sit here and think he has received N78 billion, he still has to go to the National Assembly because this is part of Nigeria’s borrowing plan” he said.

On the flyovers being constructed by Governor Wike, Fashola said: “What I witnessed is a massive urban regeneration and urban renewal of Port Harcourt.

“This place used to be known as Garrison. But, clearly as we begin to shed our military toga and our democracy ages and deepen, we will see a rebirth in our unity, our oneness and our shared developmental aspiration.

Governor Wike said when the State Government flagged off the Rebisi, Okoro-Nu-Odu and Rumuogba flyovers simultaneously in October 2019, many skeptics had questioned the possibility of the State completing the projects within the estimated time frame of 16 months.

US election 2020: I am thrilled – Buhari congratulates Biden

Sat Nov 7 , 2020
Post Views: 34 President Muhammadu Buhari has congratulated former Vice President Joe Biden. Buhari said his election as the President of the United States was at a time of uncertainty and challenges in world affairs. He noted that the victory is a significant reminder that democracy is the best form […]