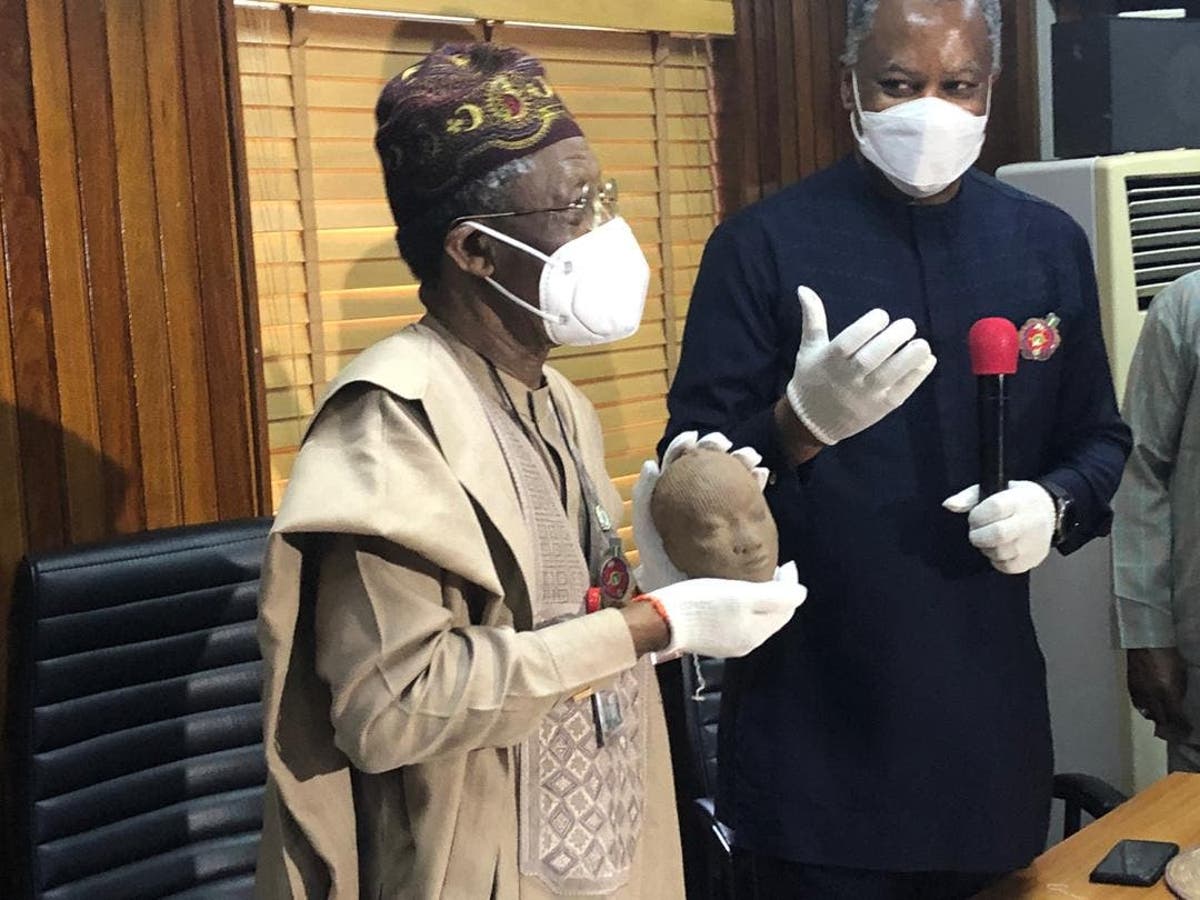 The Kingdom of Netherlands on Thursday officially presented a smuggled Ife Terracotta antiquity dated to be at least 600 years old to Nigeria.

The repatriated antiquity was presented to the Minister of Information and Culture, Alhaji Lai Mohammed at a ceremony held in Abuja.

The Minister of Foreign Affairs, Geoffrey Onyema, Netherlands Ambassador to Nigeria, Harry Van Dijk, Nigeria Charge de Affairs to the Netherlands, Kabiru Musa and the Director-General National Commission for Museum and Monuments (NCMM) were present at the event.

Receiving the repatriated object, the minister said it was smuggled through the airport in Ghana before getting to Europe in 2019.

“The smuggler had obtained forged documents purported to be from a former Director-General of the National Commission for Museums and Monuments.

“The smuggler ultimately passed through the airport in Ghana before getting to Europe in 2019.

“The Dutch Customs at Schiphol Airport suspected that the object might be illicitly imported and alerted the antiquity protection office known as the Inspectie, which is the Information and Heritage Inspectorate of the Netherlands, to give an opinion.

“The Inspectie invited Nigeria to prove her case against the suspected smuggler,’’ he said.

Europa League: What Arteta said about Pepe after Arsenal’s 3-0 win at Molde

Thu Nov 26 , 2020
Post Views: 62 Arsenal manager, Mikel Arteta, has hailed Nicolas Pepe after he put in an impressive display in their 3-0 win at Molde in the Europa League. Pepe opened scoring in the second half, before Reiss Nelson and Folarin Balogun added two more goals. The result means the Gunners […]