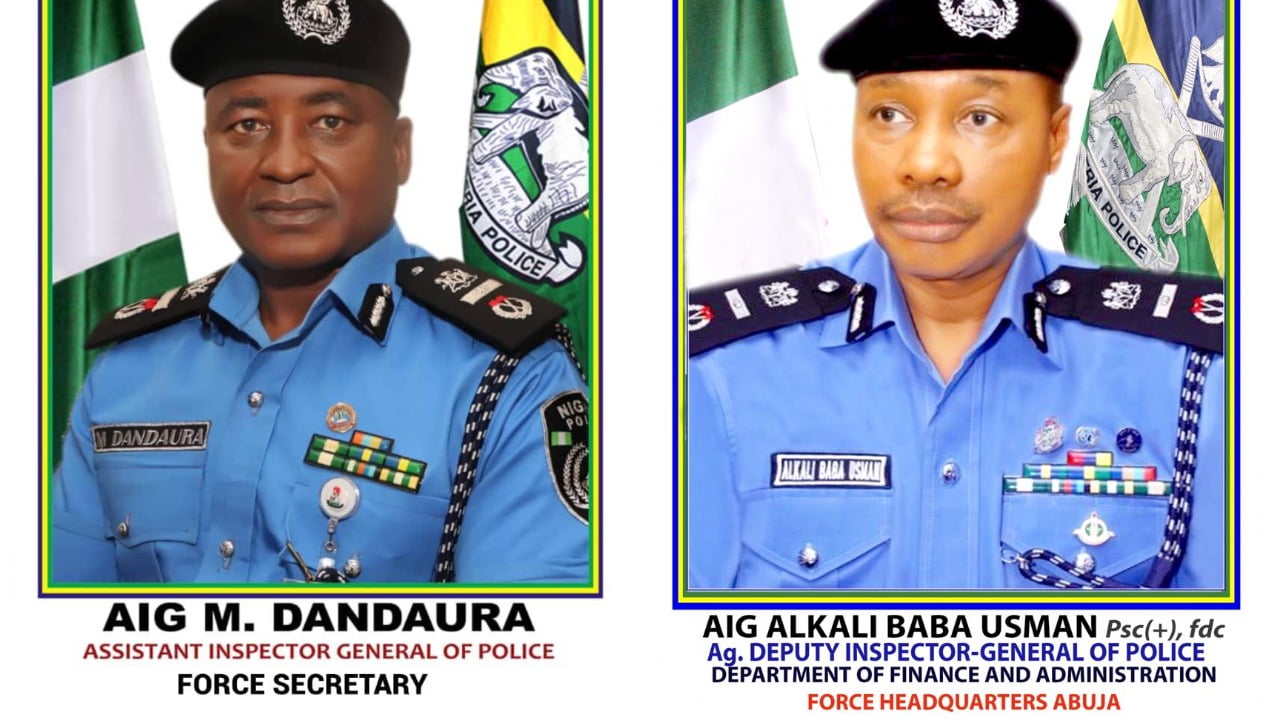 Lemu is the DIG, Department of Operations, while Baba is the Acting DIG, Finance and Administration.

The promotion followed the retirement of DIG Abdulmajid Ali and DIG Abduldahiru Danwawu.

He is a member of the National Institute for Policy and Strategic Studies (NIPSS), Kuru, Jos.

The Niger-born cop was Commissioner of Police, Kaduna and Bauchi Police Commands.

Until now, he was the Assistant Inspector-General of Police in-charge of Zonal Headquarters (Zone-12), Bauchi.

Baba holds a Masters in Public Administration (MPA) and a BA(Ed) in Political Science.

A fellow of the National Defence College and a member of the International Association of Chiefs of Police, Baba has attended several professional courses/workshops.

Until now, the Yobe-born officer was the Force Secretary.

The IGP has appointed AIG Mustapha Dandaura as the new Force Secretary and a member of the Force Management Team.

Dandaura joined the Police on March 3, 1990. He holds a Master of Science Degree in International Affairs and Strategic Studies, and a Bachelor of Arts Degree (Hons) in History from the Bayero University, Kano.

Until now, he was the Force Provost Marshal, Force Headquarters, Abuja. The AIG served as Commissioner of Police Rivers, Anambra and Railway Police Commands.

Tue Nov 3 , 2020
Post Views: 82 A chieftain of Alliance for Democracy (AD) in Oyo State, Engineer Oyedele Hakeem Alao has called on the Economic and Financial Crime Commission (EFCC) and the Independent Corrupt Practices and Other Related Offences Commission (ICPC) to monitor activities of Governor Seyi Makinde of the State. Alao, who […]