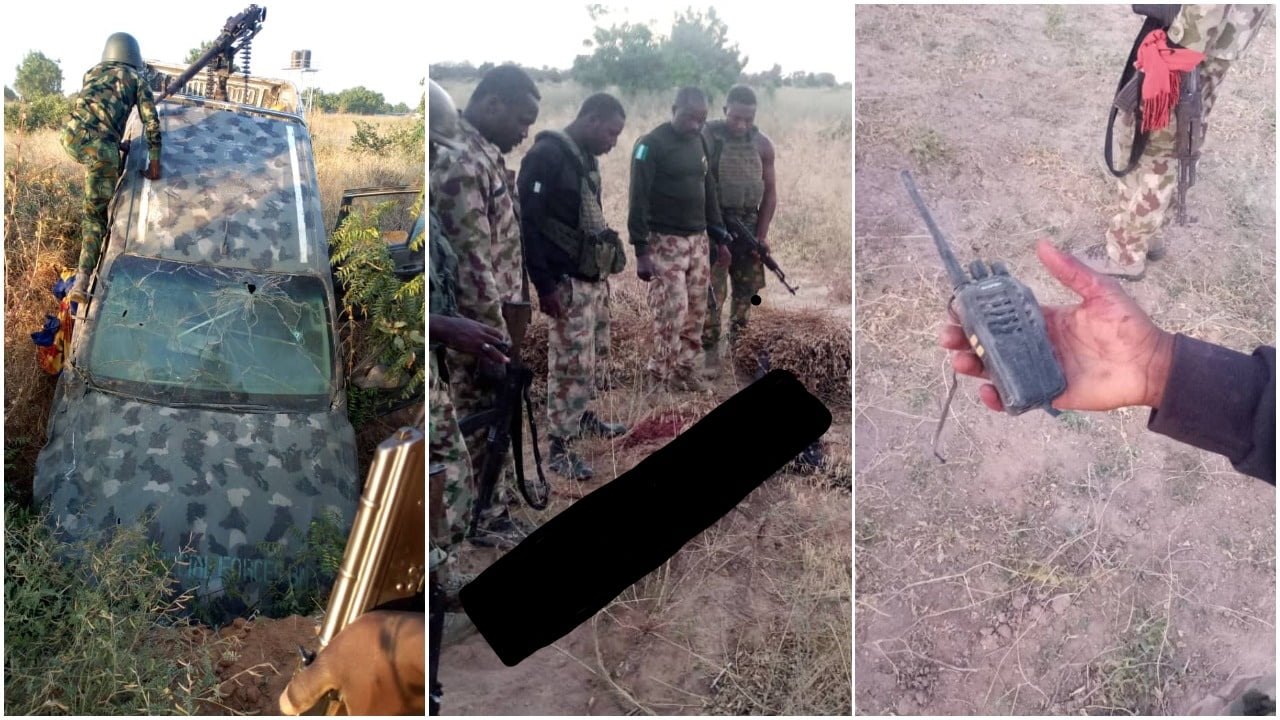 Soldiers ambushed them on Tuesday at Tunkushe village, 20 kilometers from Maiduguri, the State capital.

The insurgents were dressed in military uniforms and moved in two Hilux that had anti-aircraft guns.

“They were repelled by the troops of 212 Battalion of the Nigerian Army in a heavy gunfight that lasted for more than 30 minutes.

“While two soldiers were wounded, at least three dead bodies of the attackers were seen. Troops are pursuing fleeing terrorists”, he said.

Wed Dec 30 , 2020
Post Views: 44 Arsenal manager, Mikel Arteta, has expressed his pride after they beat Brighton 1-0 on Tuesday night. Alexandre Lacazette netted the only goal of the game 21 seconds after replacing Gabriel Martinelli. The French striker was given too much space inside the box and he lashed Bukayo Saka’s […]