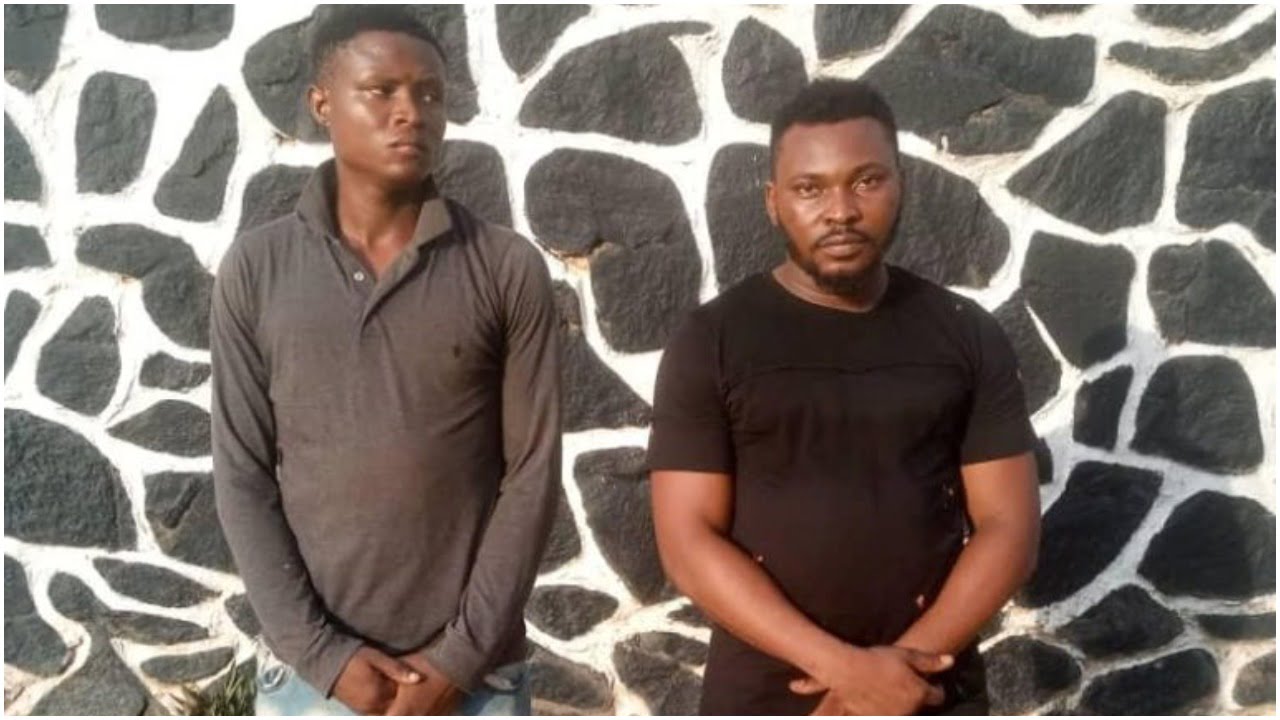 The Police in Ogun State have arrested the duo of Damilare Oyeniyi, 30, and Emmanuel Okori, 20, for allegedly gang-raping a 19-year-old girl in Ota on December 12.

The suspects, according to the command’s spokesman, Abimbola Oyeyemi were arrested after the incident was reported at Sango police station by the victim.

The victim, Oyeyemi said, had reported that the two suspects, with whom the victim lives in the same compound, dragged her into the room of one of them, stripped her naked, filmed her nude before taking turns to have unlawful carnal knowledge of her.

With the report, the DPO of Sango division, CSP Godwin Idehai, was said to have detailed his men to hunt for the suspects, who had bolted after the incident.

The investigative efforts of the detectives, Oyeyemi revealed, yielded the desired result as the duo were apprehended on December 16.

On interrogation, the police spokesperson stated that the two suspects had confessed that they committed the crime.

They were reported to have admitted filming the victim’s nakedness, saying they threatened to post the video on social media should she tell anybody about the incident.

Meanwhile, the State Commissioner of Police, Edward Ajogun has ordered a discreet investigation into the incident for prosecution of the suspects.

Sun Dec 20 , 2020
Post Views: 44 Tottenham Hotspur manager, Jose Mourinho, has refused to blame Serge Aurier for a penalty he conceded in their 2-0 loss to Leicester City in the Premier League on Sunday. Aurier conceded a penalty in the first half when he fouled Wesley Fofana in the box. In the […]