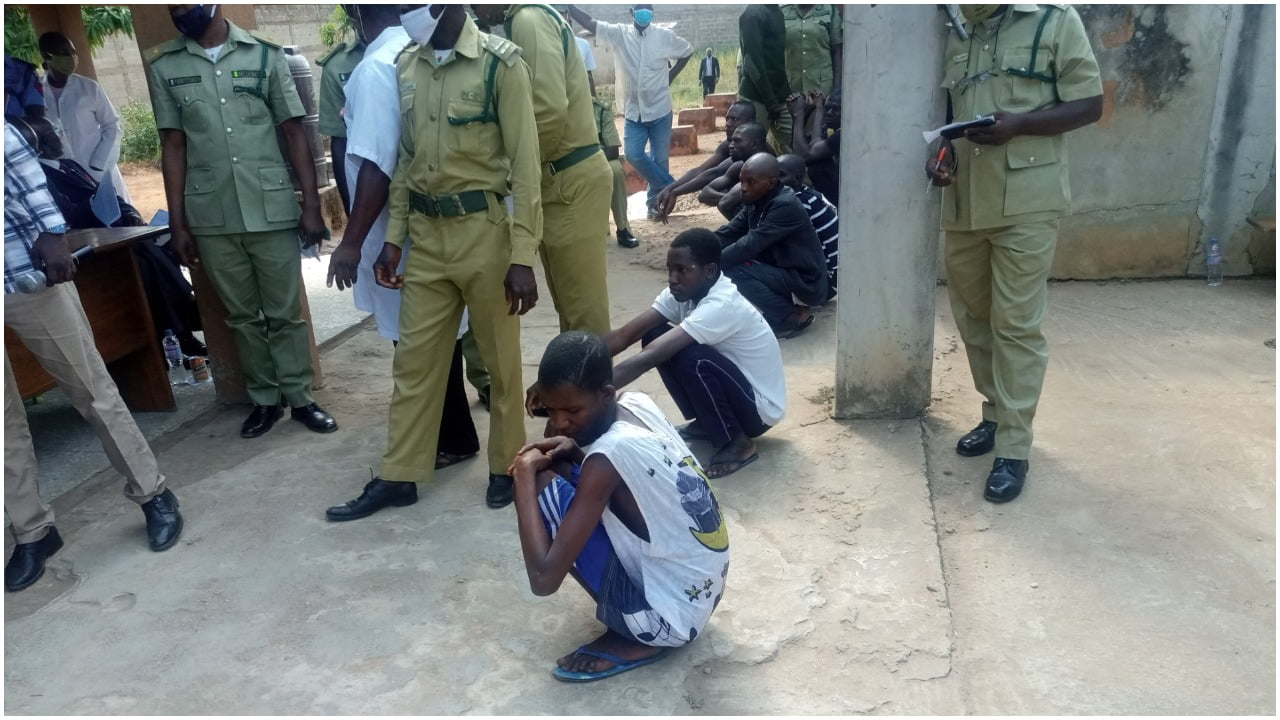 In a bid to continually decongest the correctional centres and ensure quick dispensation of justice, the Acting Chief Judge of Kogi State, Justice Henry Adebola Olusiyi, has released an accused, Abdullahi Usman, unconditionally.

Usman, who was diagnosed of diabetes, and scabies, has been detained for over one year for alleged criminal conspiracy and armed robbery.

The Acting Chief Judge, who acted based on the medical report brought before him, said the accused has been detained for too long without trial.

While reviewing the cases of 210 inmates, which consist 50 convicts and 160 awaiting trials, Justice Olusiyi in his visit to the Medium Security Custodial Centre, Kabba, on Monday, also acted on the advice of the report of the Director of Public Prosecution (DPP) and Officer in Charge of Legal matters of the police

Ruling on Usman’s case, Justice Olusiyi said “The accused person has been in detention for more than one year, neither the DPP nor OC legal has details of him. It is not just to continue to keep him here any further. The accused is hereby released unconditionally forthwith.”

Another suspect, Zakari Yahu Abdullahi, who has been in custody since May 2020 for alleged trespass, shop breaking and theft, was also released by Justice Olusiyi after being remanded at Koton Karfe Correctional Center.

‘”The accused has been in custody since May and is enough for him to learn from his mistake. The accused should return to the society and turn a new leave,” he said.

In the same vein, Sayo Joseph, accused of criminal conspiracy, armed robbery and kidnapping, was released as Justice Olusiyi said the accused has no prima facie case to answer.

At the Okene Custodian Center with 74 inmates, 36 convicted and 38 awaiting trial, Tijani Abdullahi who had been in custody for 14 months (11th July, 2019 precisely) for theft and assault also regained his freedom.

“The defendant had stayed in custody for too long, hence, there is need to release him as he must had also learnt his lessons. The defendant is hereby released unconditionally”.

Justice Olusiyi, however, in his remarks lamented that the remands proceeding in the law is being abused.

Earlier, the station Officer in Charge of Kabba Custodial Centre, Chief Superintendent of Correction, Shuaibu Ishaku, in his welcome address, highlighted some of the center challenges which include insufficient water supply for inmates use, training workshop equipped with tools to enable the inmates have access to reformation skills and computer system for inmates training.

Mon Dec 14 , 2020
Post Views: 38 Governor Ifeanyi Ugwuanyi of Enugu State, on Monday, reiterated that quality, accessible and affordable healthcare delivery to the people of the state will remain at the front burner of his administration’s eight point agenda. Gov. Ugwuanyi restated this when he flagged off the distribution of medical commodities […]