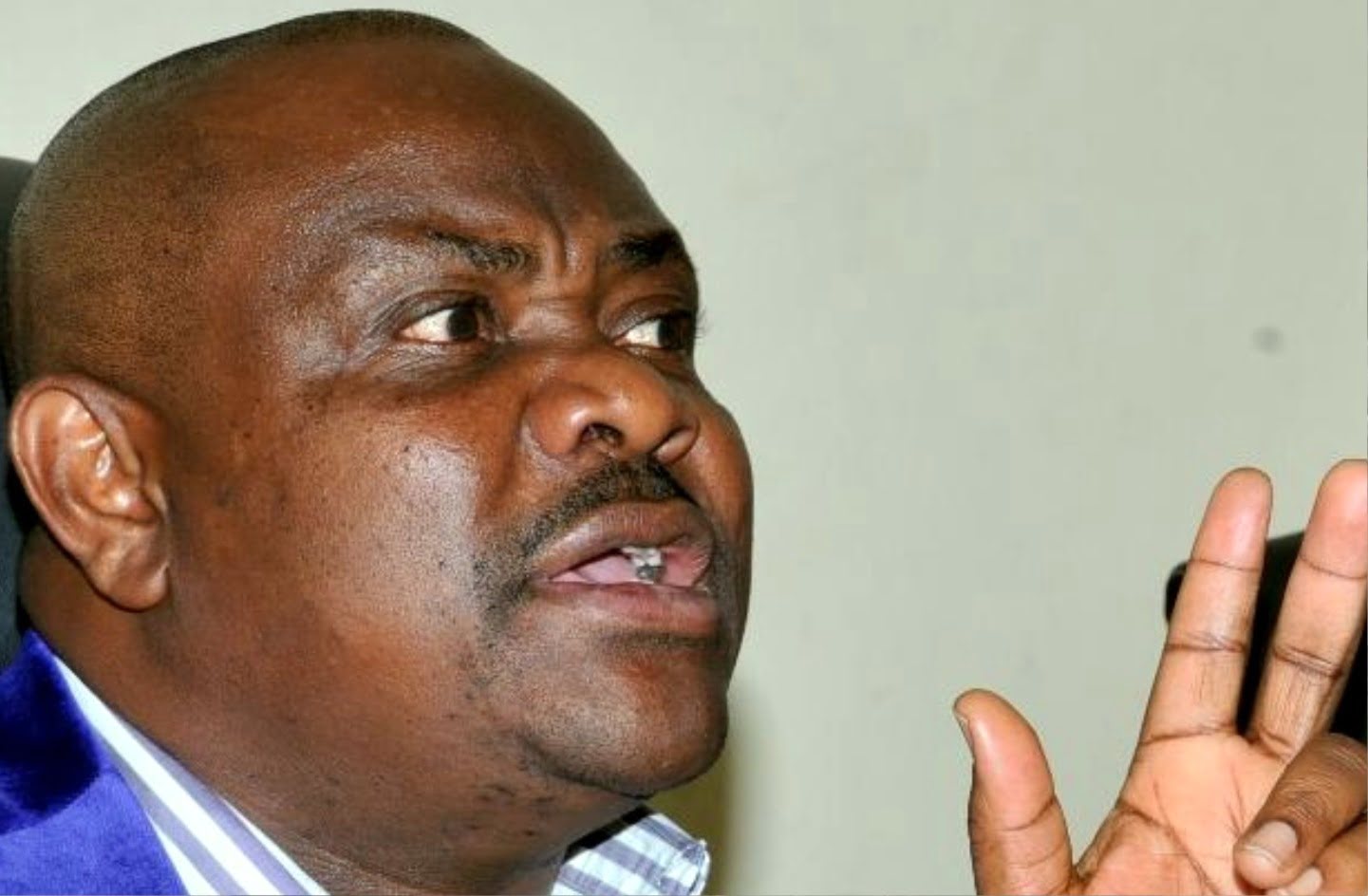 Biafra Nations Youth League, BNYL, has attacked the Governor of Rivers State, Nyesom Wike for attributing the ongoing crisis in Oyigbo Local Government Area of the State to the Indigenous People of Biafra, IPOB, and the Minister of Transportation, Chibuike Amaechi.

The group also condemned the killing of residents in the area by Nigeria soldiers.

The National Leader of BNYL, Prince Chimezie Richard, who addressed reporters in Port Harcourt, called on Wike to intervene before the situation got out of hands.

The group warned that what is happening in Oyigbo could lead to rebellion against the Military elsewhere and the country will be thrown into crisis.

BNYL dismissed Wike’s claim that the hoodlums who attacked the Police station and the army were members of IPOB.

According to Princewill, the protesters had no Biafra insignia and the name of the groups they belong to was not written on their foreheads.

The group wondered how Wike would be pointing accusing fingers on a particular group of people when similar incidents happened in Edo, Lagos States and Abuja

BNYL also berated Wike for dragging the name of Amaechi into the matter, adding that the Biafran movement is not being sponsored by any Nigerian politician but Biafrans in diaspora.

The sessesionist group accused the Rivers Governor of bringing Amaechi into the matter because the former Governor declared that he is an Igbo man, which according to BNYL is against the politics of Rivers State.

“We know the politics of Rivers State, we know why Wike is politicising his fight against IPOB, if not why is he involving Amaechi, because the former Governor did not publicly deny his Igbo heritage like Wike has done,” the group said.

The group accused Wike of referring to the Igbos when he called IPOB strange elements in Rivers State, adding that the Rivers people are actively involved in the Biafran movement.

BNYL dismissed claims that the Biafran struggle is aimed at annexing territories, saying, “That is the way he [Wike] understands it, even though he knows the truth but for political reasons he is covering up.

“He [Wike] is an Igbo man but he has to appear against the Igbo to please many in Rivers State.

“He cannot say that some group of which he is referring to Igbos are renaming his community, who does not know that Obigbo was renamed to Oyigbo after it was carved out from old Imo State during boundary adjustment?

“So, how can we annex our own people, you see the politics now, he now claims Amaechi is behind it all because he thinks Amaechi is now fully involved in Igbo affairs”.

Thu Nov 5 , 2020
Post Views: 60 The Nigeria Centre for Disease Control (NCDC) on Wednesday confirmed 155 new cases of COVID-19 in Nigeria. NCDC also confirmed that the total number of confirmed coronavirus cases in the nation is now 63,328. It said four deaths had been recorded in the past 24 hours. According […]