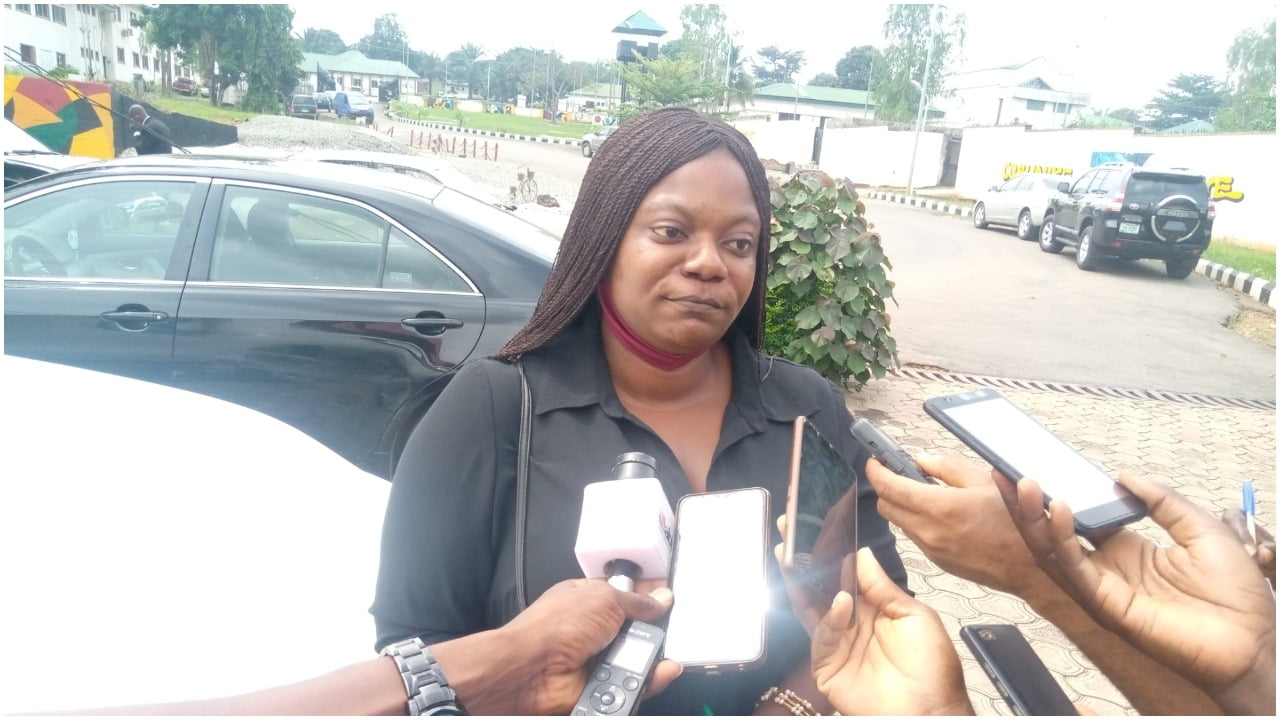 Wife of a victim of Special Anti-Robbery Squad (SARS) brutality, Mrs Chidinmma Precious Edozieuno has recounted to the Anambra Judicial panel on activities of the unit and how men of the unit took away her husband in 2017 and told her to kiss him goodbye.

Mrs Edozieuno who petitioned the panel and also appeared for testimony prayed the panel to give her reasonable compensation for the loss of her husband and properties.

She told journalists in an interview that her husband, a businessman who lived in Benin Republic, Mr Johnson Edozienu had returned to Nigeria to visit her and her newborn baby when he was taken away by SARS officials.

“We were in our house in Awka that fateful day in August 2017 when some gunmen broke into our house and took my husband. They also took away almost all our household properties and told me to go and marry another man that this one is as good as dead.

“They said my husband was a kidnapper. I did not even know where they came from, and at first, I didn’t even know they were policemen.

“With the help of a friend, who is a police officer, we started looking for my husband. He took me to many police stations to know if they had him, but none of them had him. We went to Awkuzu SARS office, and that was where I saw three of the men who came and arrested my husband.

“I took a lawyer and we went to court. It was in court that the counsel representing SARS told us that my husband was dead. They said he was a kidnapper. I dated my husband for a long time before we got married. He is not a kidnapper. I lived in Benin and that was where we knew each other. I later relocated to Nigeria. My husband is from Aguleri,” she said.

She listed items collected from her home to include; a refrigerator, television set, a generator set, laptop, iPhone and Wifi.

She prayed the judicial panel to give her considerable compensation for her husband who is already dead and whose life can not be restored. She also asked that the body of her husband be given to her for burial and compensation for the household items taken from her home.

Chairman of the panel, Rtd Justice V.N Umeh, however, assured Edozieuno that the petition was well-received and that it would go into investigation and make recommendations, after which, they would invite her.

UEFA Europa League: How Tottenham Hotspur could line up against Ludogorets Razgrad

Thu Nov 5 , 2020
Post Views: 10 Tottenham Hotspurs would travel to play Ludogorets Razgrad in the Europa League hoping to return to winning ways in the Europe’s second competition. The Londoners have three points from their opening two games, having followed it up a 3-0 win against LASK Linz and a shocking 1-0 […]