Some students at the Federal Polytechnic Offa, Kwara State have expressed worry over non-release of academic results despite two examinations in two consecutive academic sessions.

The students of Estate Management and Valuation in ND11 and Part-Time programmes say they are yet to see results of two-semester examinations but are billed to write another in December,

The students worry that their status in the institution remains uncertain despite paying huge tuitions.

DAILY POST investigations reveal that the students’ results have not been uploaded into the school portal since completing the second-semester ND I 2018/19 academic session in August 2019, and the first-semester result of ND II (2019/20) academic session.

The fate of the affected students by the academic procedure in the school is reportedly still hanging as many would pay the price of negligence on the part of management, by spending extra semesters.

Our Correspondent gathered that the concerned authority is being indifferent to the plights of the students, as the examination officer in the department, who is saddled with the responsibility of handling such issues is said to be perpetually on leave.

Sources in the class further informed our Correspondent that they had sent representatives to discuss the issue with the Head of their Department(HoD), Dr Moses Atilola, who in turn told the students that the issue might have been caused by late registration.

It was, however, gathered that students of the Polytechnic, who have duly completed the registration would be allowed to see the result of that academic session, which consists of two Semesters. Completion of registration include; the payment of school fees, submission of kit to the Registration Officer and the HoD for signing.

The school’s student regulations handbook (2019 revised edition) on Examination Results section 7.19 states “Examination results approved by Academic Board can be accessed online immediately by the students.”

Further checks showed that the affected students completed their registrations in the first year, ND I, which allowed them to see the result of the first semester of the 2018/19 academic session, but the results are “unavailable” for the second semester of the same academic year.

READ ALSO  ASUU strike: We are ready to resume – Lecturers

“My parents have been asking for my results since I showed them my first-semester result of ND I. We are about to start another examination in December and the whole class have not seen two semesters result, a student lamented.

“We’ve complained to the HOD and the exam officer. Our exam officer has been on academy leave since the beginning of this academic session. I think the department is not doing anything on the issue.” the student said.

DAILY POST contacted the HoD of the department, Dr Atilola, who declined to comment on the matter.

The Institution’s spokesperson, Olayinka Iroye, while speaking with DAILY POST said the issue was peculiar, adding that the school management will call the HoD of the department to discuss the challenge.

He noted that some of the reasons that could be responsible for such issue are “when the students have not completed their registration; when they exceed the numbers of course units or there is an issue from the department.

“One of the main reasons that can make the whole class not seeing their results is when the HoD did not sign the registration clearance.

The school will not treat the result of the class at the final point,” he added. 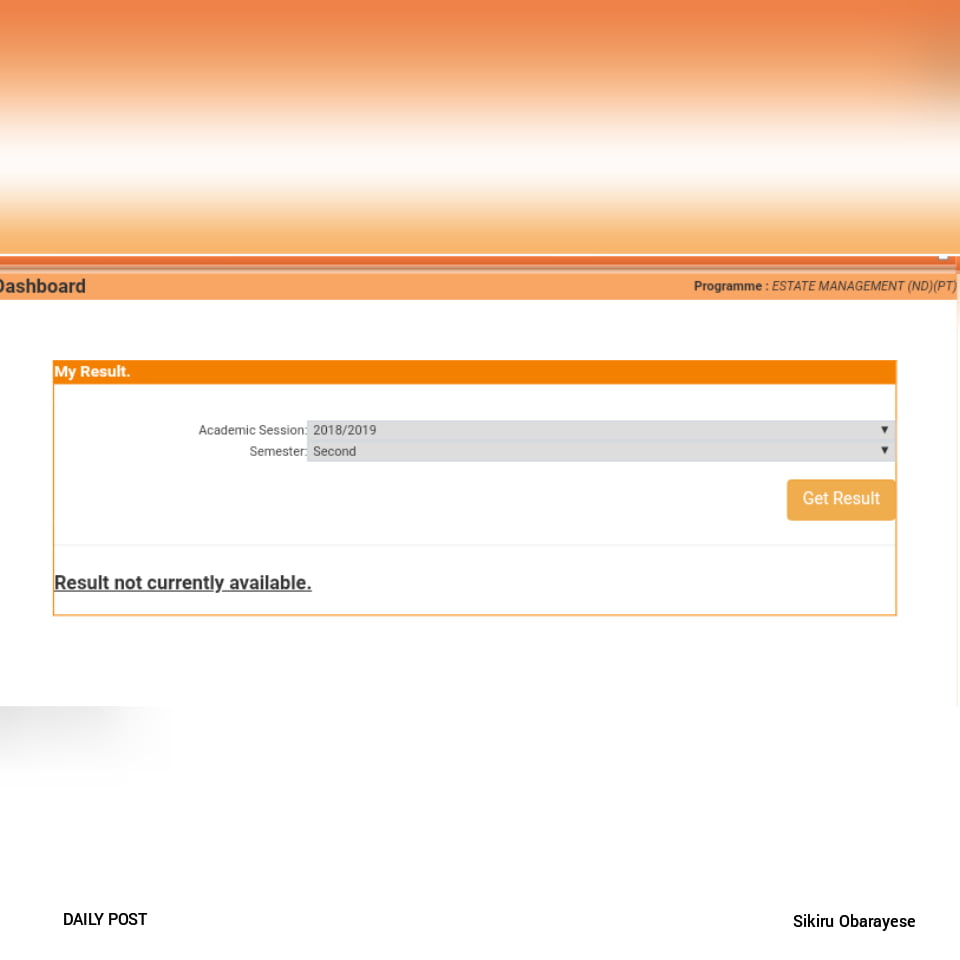 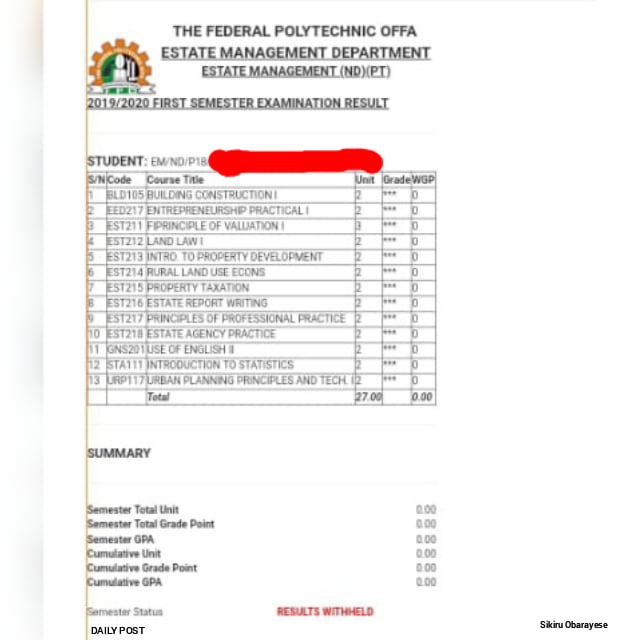