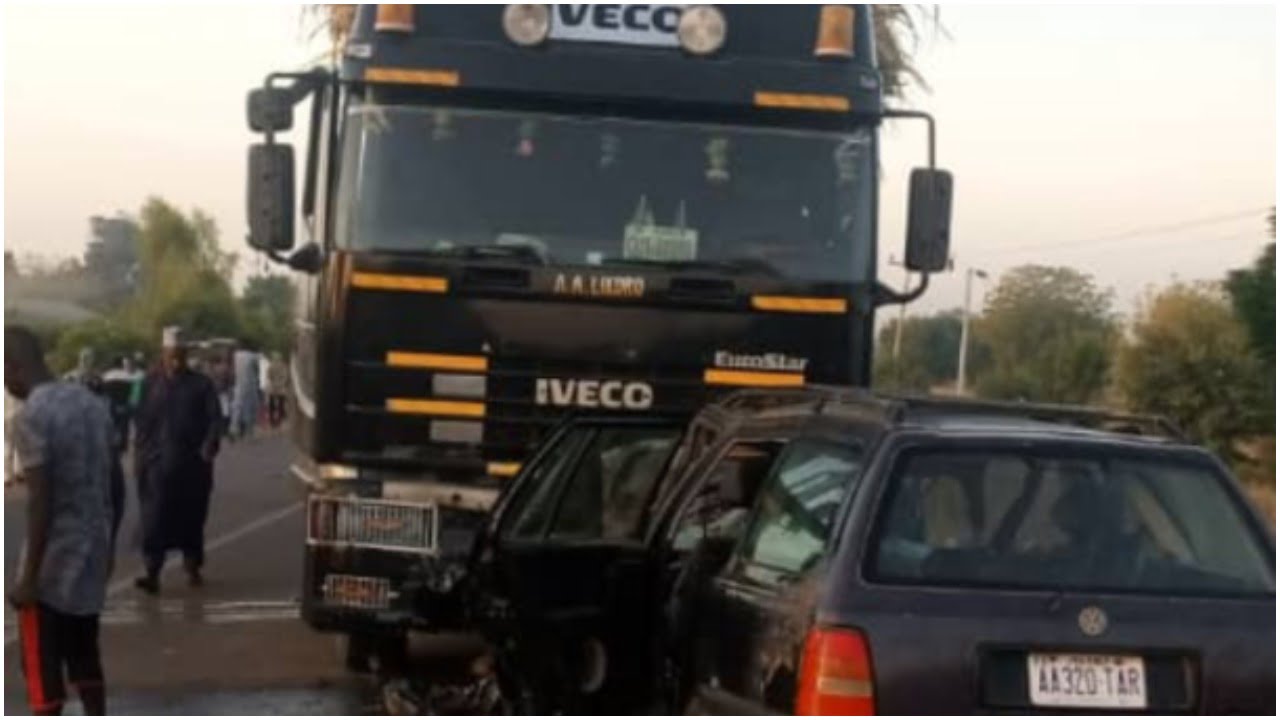 Ten persons have been killed in a motor accident in Ringim Local Government Area of Jigawa State.

An eyewitness told DAILY POST that the incident occurred around 6:00am along Abdullahi Mai Masallaci Arabic Secondary School in Ringim town.

He said the incident happened when the driver of a Golf 3 wagon rammed into a parked sugarcane truck and ten persons died on the spot while others were taken to the hospital for medical attention.

He said the passengers were on their way for the Nigerian Navy examination in Kano.

He said the accident happened along Hadejia/Kano road in Ringim Local Government involving a commercial Golf 3 wagon with Reg. no AA 320 TAR carrying twelve passengers from Gagarawa to Kano State.

Jinjiri explained that on reaching Abdullahii Masallachi Government Arabi Girls secondary school the driver rammed into a stationary truck with reg No DUT 201 AE parked due to mechanical problems.

As a result, ten persons including the driver lost their lives while two were rushed to Aminu Kano Teaching Hospital for Medical attention.

He said all the victims are from Gagarawa local government and their corpses have been released to relatives for burials.

Sat Dec 12 , 2020
Post Views: 37 Former Arsenal manager, Arsene Wenger, has told Ole Gunnar Solskjaer that he needs to convince Paul Pogba that he will only earn his move to another club, by coming up with the goods at Old Trafford. Pogba’s future is up in the air again, after his agent […]