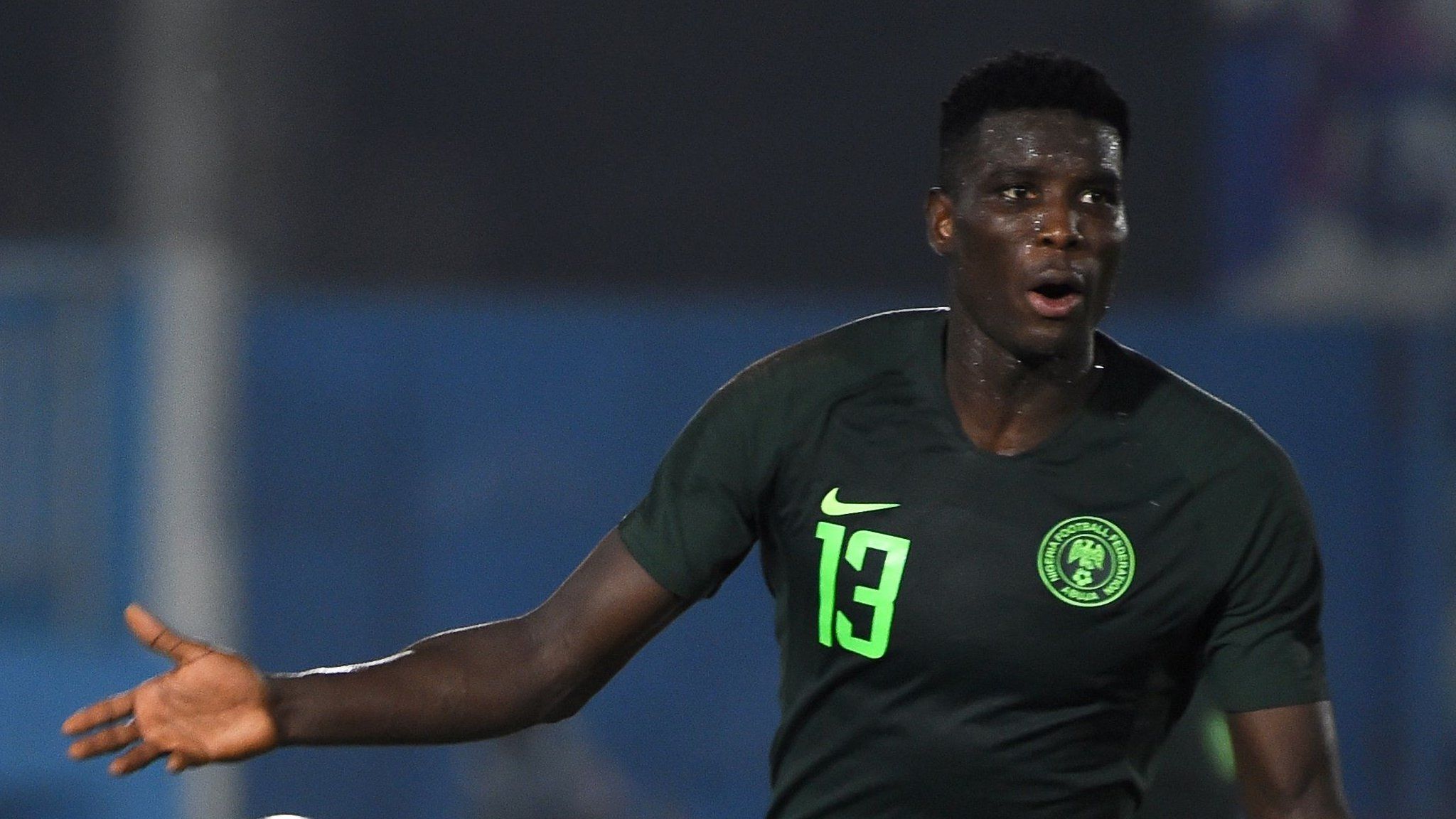 Nigeria forward Paul Onuachu has begun the season on a good note despite his initial struggles earlier in the year.

He has earned a good move to Belgium giants RC Genk where he is showing his skills.

However, with questions surrounding his potential within the Nigeria football scene, DAILY POST takes a look at the player with whom the tall lanky Onuachu enjoys similarity with as a striker.

The young talented striker Sadiq has been around the Nigerian football scene via headlines owing to his performance for Serbian Champions Partizan Belgrade. But he has moved to Spanish Segunda Division Side in a bid to play in one of the top Leagues in Europe.

His exploits have not gone unnoticed as regards his style of play. His tall built nature could liken him to that of Paul Onuachu. Their movement in the box is similar as well as their approach in front of goals.

Though Sadiq has been the more productive player than Onuachu, it is the Genk forward that has been involved with the Super Eagles team as he was called up to replace forward Victor Osimhen in the Nigeria squad for the friendly against Algeria and Tunisia last month.

The former Sochaux and Olympiacos striker may have been frozen out of the Super Eagles team. But having not announced his unavailability or retirement from the Super Eagles he could be chosen sometime in the future as Rohr has been picking his squad list on merit.

Ideye’s exploits alongside Emmanuel Emenike and Victor Moses could see him look similar to Paul Onuachu as a player. He has the knack to bring the ball down among the trio with the aid of his height and Onuachu has that same playing charisma on the pitch.

They have good strength in the air while their physical build has been one of their advantages as we’ve seen already. They both have that playing similarity as they both enjoy playing to their strength as a result of their physical make-up as strikers.

Veteran forward Nwankwo Kanu whose height and touch on the ball has enabled him to depict individual master class on the pitch as a player.

He could be likened mostly to Umar Sadiq and Paul Onuachu in particular as the latter continues to fight his way through in the Nigeria Super Eagles. While Kanu is a legend in the game and a legendary figure in the Super Eagles Paul Onuachu is still digging his well alongside the likes of Kelechi Iheanacho, Cyriel Dessers and Nigeria’s first-choice striker Victor Osimhen.

He’s got the touch of class akin to Kanu while they have the same (slow) movement due to their lanky nature.

They are not the speed playing forward as we know but they thrive based on their height advantage just like they possess the tiny dribbles capable of wreaking havoc in the best of defences.

Sun Nov 15 , 2020
Post Views: 55 Spain captain, Sergio Ramos, has urged his team to ‘reset’ for a victory when they tackle Germany in the UEFA Nations League tie in Seville on Tuesday. Ramos said this while reacting to Spain’s 1-1 draw with Switzerland in the Nations League on Saturday. The Real Madrid […]