Popular Nigerian singer, Burna Boy has slammed the Nigerian government over the allegation of fake news during End SARS protest.

Recall that Minister of Information, Lai Mohammed had in a reference to the alleged killing of End SARS protesters at the Lekki Toll gate in Lagos said, “the only massacre that took place during the End SARS was the social media massacre.”

According to him, End SARS protesters used social media to spread fakes news which led to reprisals.

He stressed that the social media must be regulated, adding that, “the Federal Government had warned about fake news as far back as 2017; Fake news kills more than any pandemic.”

But reacting, Burna boy criticised the government for emphasisning on spread of fake news.

According to him, the Nigerian government has told more lies, given fake promises to Nigerians since the beginning of democracy.

The African giant as popularly called said this on his official Twitter page.

His tweet read: “They say ‘fake news, fake news’ but you are the ones who have made ‘fake promises’ and told more lies than SATAN since the beginning of “Democracy”. You see say this life no balance.” 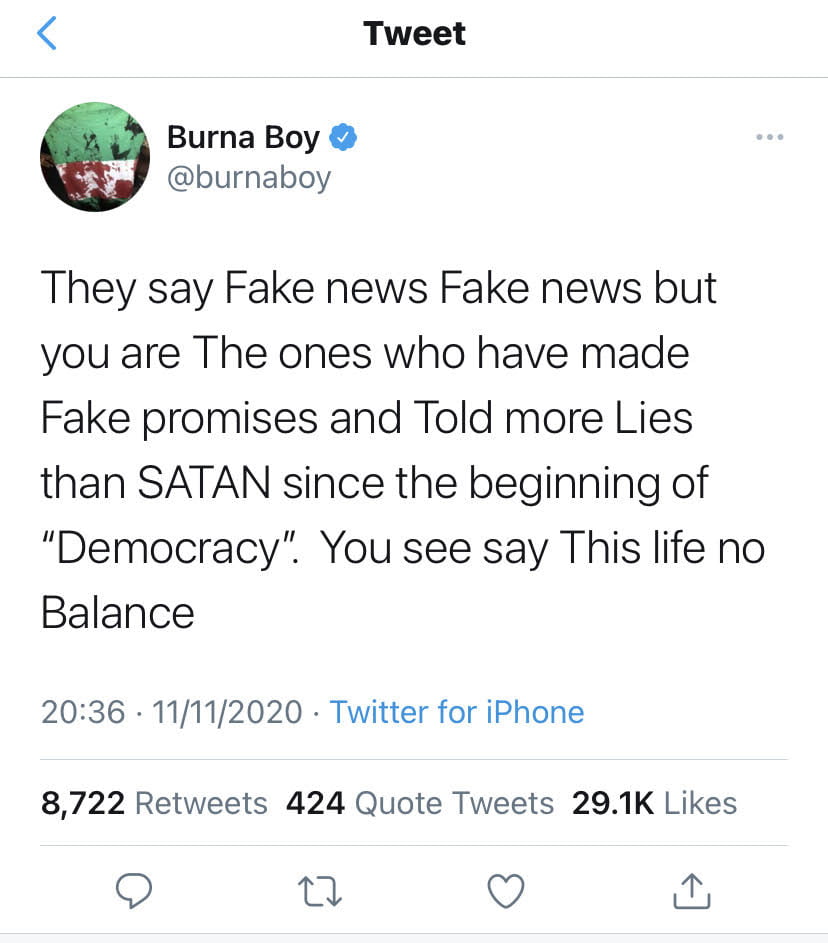